Kubernetes, the open source container orchestration tool, came out of Google several years ago and has gained traction amazingly fast. With each step in its growth, it has created opportunities for companies to develop businesses on top of the open source project.

The beauty of open source is that when it works, you build a base platform and an economic ecosystem follows in its wake. That’s because a project like Kubernetes (or any successful open source offering) generates new requirements as a natural extension of the growth and development of a project.

Those requirements represent opportunities for new projects, of course, but also for startups looking at building companies adjacent that open source community. Before that can happen however, a couple of key pieces have to fall into place.

For starters you need the big corporates to get behind it. In the case of Kuberentes, in a 6 week period last year in quick succession between July and the beginning of September, we saw some of the best known enterprise technology companies including AWS, Oracle, Microsoft, VMware and Pivotal all join the Cloud Native Computing Foundation (CNCF), the professional organization behind the open source project. This was a signal that Kubernetes was becoming a standard of sorts for container orchestration.

Surely these big companies would have preferred (and tried) to control the orchestration layer themselves, but they soon found that their customers preferred to use Kubernetes and they had little choice, but to follow the clear trend that was developing around the project. 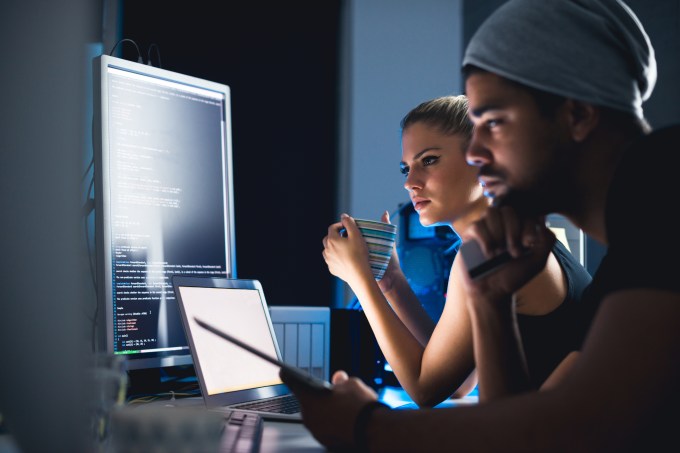 The second piece that has to come together for an open source community to flourish is that a significant group of developers have to accept it and start building stuff on top of the platform — and Kubernetes got that too. Consider that according to CNCF, a total of 400 projects have been developed on the platform by 771 developers contributing over 19,000 commits since the launch of Kubernetes 1.0 in 2015. Since last August, the last date for which the CNCF has numbers, developer contributions had increased by 385 percent. That’s a ton of momentum.

When you have those two ingredients in place — developers and large vendors — you can begin to gain velocity. As more companies and more developers come, the community continues to grow, and that’s what we’ve been seeing with Kubernetes.

As that happens, it typically doesn’t take long for investors to take notice, and according to CNCF, there has been over $4 billion in investments so far in cloud native companies — this from a project that didn’t even exist that long ago. That investment has taken the form of venture capital funding startups trying to build something on top of Kubernetes, and we’ve seen some big raises. Earlier this month, Hasura raised a $1.6M seed round for a packaged version Kubernetes designed specially to meet the needs of developers. Just last week, Upbound, a new startup from Seattle got $9 million in its Series A round to help manage multi-cluster and multi-cloud environments in a standard (cloud-native) way. A little further up the maturity curve, Heptio has raised over $33 million with its most recent round being a $25 million Series B last September. Finally, there is CoreOS, which raised almost $50 million before being sold to Red Hat for $250 million in January.

CoreOS wasn’t alone by any means as we’ve seen other exits coming over the last year or two with organizations scooping up cloud native startups. In particular, when you see the largest organizations like Microsoft, Oracle and Red Hat buying relatively young startups, they are often looking for talent, customers and products to get up to speed more quickly in a growing technology area like Kubernetes. 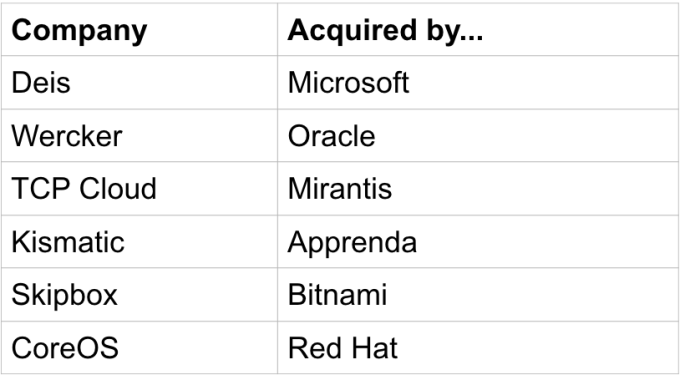 Kubernetes has grown and developed into an economic powerhouse in short period of time as dozens of side projects have developed around it, creating even more opportunity for companies of all sizes to build products and services to meet an ever-growing set of needs in a virtuous cycle of investment, innovation and economic activity. 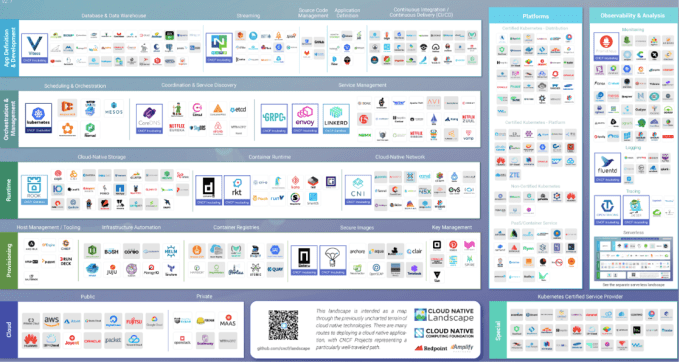 If this project continues to grow, chances are it will gain even more investment as companies continue to flow toward containers and Kubernetes, and even more startups develop to help create products to meet new needs as a result.