Asana, the platform where people can create and track the progress of work projects, made its name originally as a place where individuals and smaller teams can create and track the progress of a specific project. Now, as the startup courts bigger organizations among its 50,000 paying organizations and millions of (paying and free) users globally, it is adding another tier for enterprises that are using Asana for multiple projects: Asana Business, priced at $19.95 per user, per month.

Aimed primarily at teams that have managers or executives overseeing multiple projects simultaneously — sometimes in the thousands for a single organization — the idea is that Business will have extra features to help designated people handle and triage that workload more effectively. 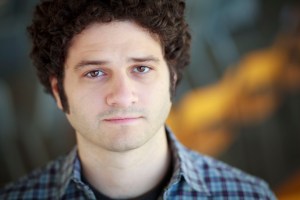 “Our role is to help leaders understand where their attention can be most useful and what to be focused on,” Dustin Moskovitz, pictured, the co-founder and CEO of Asana, said to me in an interview recently.

That focus on executives and managers is one part of the company’s bigger vision of where it sees its own place in the range of productivity tools that a business might use, alongside other areas like efficient storage (a la Dropbox, Box or another cloud-based service) or communication (eg, Slack, Workplace, Teams, etc.).

Asana is also not alone in its category: other alternatives include Airtable, Write, Trello, and Basecamp, another reason the company is on the path to continue innovating and finding ways to make its service more sticky.

The new Asana Business tier includes a couple of specific new tools that will differentiate it from Teams (Asana’s $9.99/user/month tier for groups of more than five) and Enterprise (the tier that you need to speak to an account manager to determine pricing). In all cases the pricing is based on buying an annual subscription: prices are higher if you pay by the month. 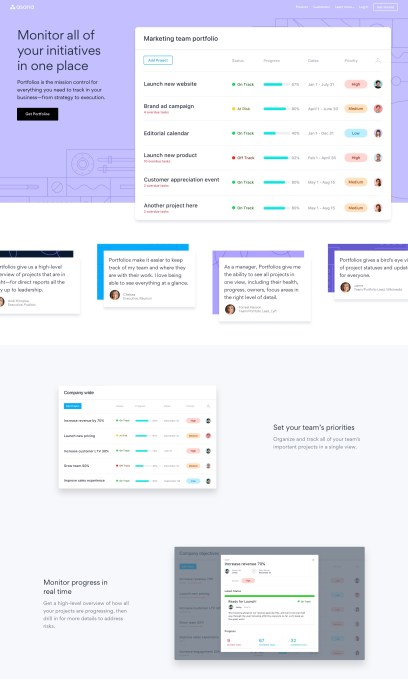 The first, Portfolio, will give a manager a way of viewing what everyone in an organization is working on in Asana — a “mission control” that provides a single view of what is going on, which can be useful for figuring out more big-picture progress or to oversee a larger project that has multiple streams of work within it.

Alongside that, it’s also soon going to launch another feature in Business called Workloads, which will let managers then assign people to projects or redeploy them, based on what they are seeing progress through the Portfolios tool.

The two features, Asana hopes, will mean that organizations will not only get better insights into their current projects on the platform, but might be enticed to buy into using it for more of them. Alex Hood, the company’s head of product (who joined a year ago after many years at Intuit) noted that it’s something that companies had already been trying to address themselves to some degree. “We’ve seen customers hack solutions together,” he said. So, it seemed like time to make it into a more formal tool, Hood said.

The company’s move to add another tier to generate more revenue comes on the heels of Asana raising $75 million on a $900 million valuation earlier this year — money that Moskovitz told TechCrunch is still largely in the bank.

“We’re not yet profitable, but we’re rapidly approaching it,” he said, describing Asana to me as a “high volume SaaS business, very efficient and very successful.” The company is not in sight of an IPO, he added, but it seems that it is just getting started on what more it might add to the platform to make it more sticky and useful to the average business user.

Key on that roadmap, Hood said, is the use of more machine learning and other artificial intelligence tools in the creation of new features — something that the company first introduced through Timeline, introduced in March, which knits together different project threads to start creating a bigger overview of what is going on.

One new feature that Asana is working on is a way to highlight when projects might not be going to plan, or that there are areas that have yet to be addressed; and then to suggest ways of helping to fix things through the redeployment of people.

Another area that Asana is exploring is how to use AI to match people better to projects. Hood said that it’s now working on a system that might be able to suggest where an employee or team member might get assigned — for example, using the profile of a person that invited you into a team as an indicator of where you might be working.