Autodesk announced plans to acquire PlanGrid, a San Francisco startup that helped move blueprints from paper to the iPad when it launched in 2011.

This digitization of construction fits with Autodesk’s vision of digitizing design in general, and CEO Andrew Anagnost certainly recognized the transformational potential of the company he was buying. “There is a huge opportunity to streamline all aspects of construction through digitization and automation. The acquisition of PlanGrid will accelerate our efforts to improve construction workflows for every stakeholder in the construction process,” he said in a statement.

The company, which is a 2012 graduate of Y Combinator, raised just $69 million, so this appears to be a healthy exit for the them. PlanGrid took what was a paper-intensive task and shifted it to digital, taking a world of hand-written mark-ups and sticky notes onto the fledgling iPad.

In an interview with CEO and co-founder Tracy Young in 2015 at TechCrunch Disrupt in San Francisco, she said the industry was ripe for change. “The heart of construction is just a lot of construction blueprints information. It’s all tracked on paper right now and they’re constantly, constantly changing,” Young said at the time.

Those manual changes often resulted in errors she said, and that was costly for the contractors. As an engineer working for a construction company, who was at one time responsible for making the paper copies, she recognized that the process could be improved by moving it into the digital realm. 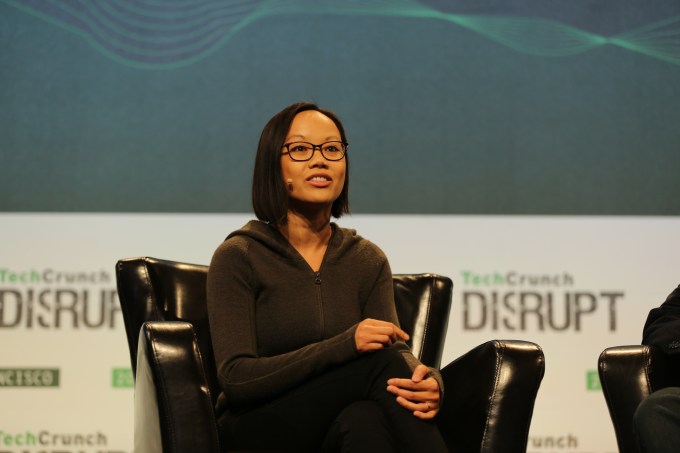 Her idea, which was kind of radical in 2011 when she started the company, was to move all that paper to the cloud and display it on an iPad. It’s important to remember that the enterprise was not rushing to the cloud in 2011, and most people considered the iPad at the time to be a consumer device, so what she and her co-founders were attempting was a true kind of industry transformation.

Young sees joining Autodesk as a way to continue building on that early vision. “PlanGrid has excelled at building beautiful, simple field collaboration software, while Autodesk has focused on connecting design to construction. Together, we can drive greater productivity and predictability on the jobsite,” she said in a statement.

PlanGrid currently has 400 employees, 12,000 customers and 120,000 paid users, and has been used on over a million construction projects worldwide, according to data provided by the companies. They believe that under Autodesk’s umbrella and combined with their existing product set, they can provide a complete construction solution and grow the business faster than PlanGrid could have on its own — pretty much the standard argument in an acquisition like this.

PlanGrid was efficient with the money it took. In fact the last raise was $40 million almost exactly three years ago. The deal is expected to close at the end of January pending the normal regulatory approval process.