It’s been 14 years since Mark Shuttleworth first founded and funded Canonical and the Ubuntu project. At the time, it was mostly a Linux distribution. Today, it’s a major enterprise player that offers a variety of products and services. Throughout the years, Shuttleworth self-funded the project and never showed much interest in taking outside money. Now, however, that’s changing.

As Shuttleworth told me, he’s now looking for investors as he looks to get the company on track to an IPO. It’s no secret that the company’s recent re-focusing on the enterprise — and shutting down projects like the Ubuntu phone and the Unity desktop environment — was all about that, after all. Shuttleworth sees raising money as a step in this direction — and as a way of getting the company in shape for going public.

“The first step would be private equity,” he told me. “And really, that’s because having outside investors with outside members of the board essentially starts to get you to have to report and be part of that program. I’ve got a set of things that I think we need to get right. That’s what we’re working towards now. Then there’s a set of things that private investors are looking for and the next set of things is when you’re doing a public offering, there’s a different level of discipline required.” 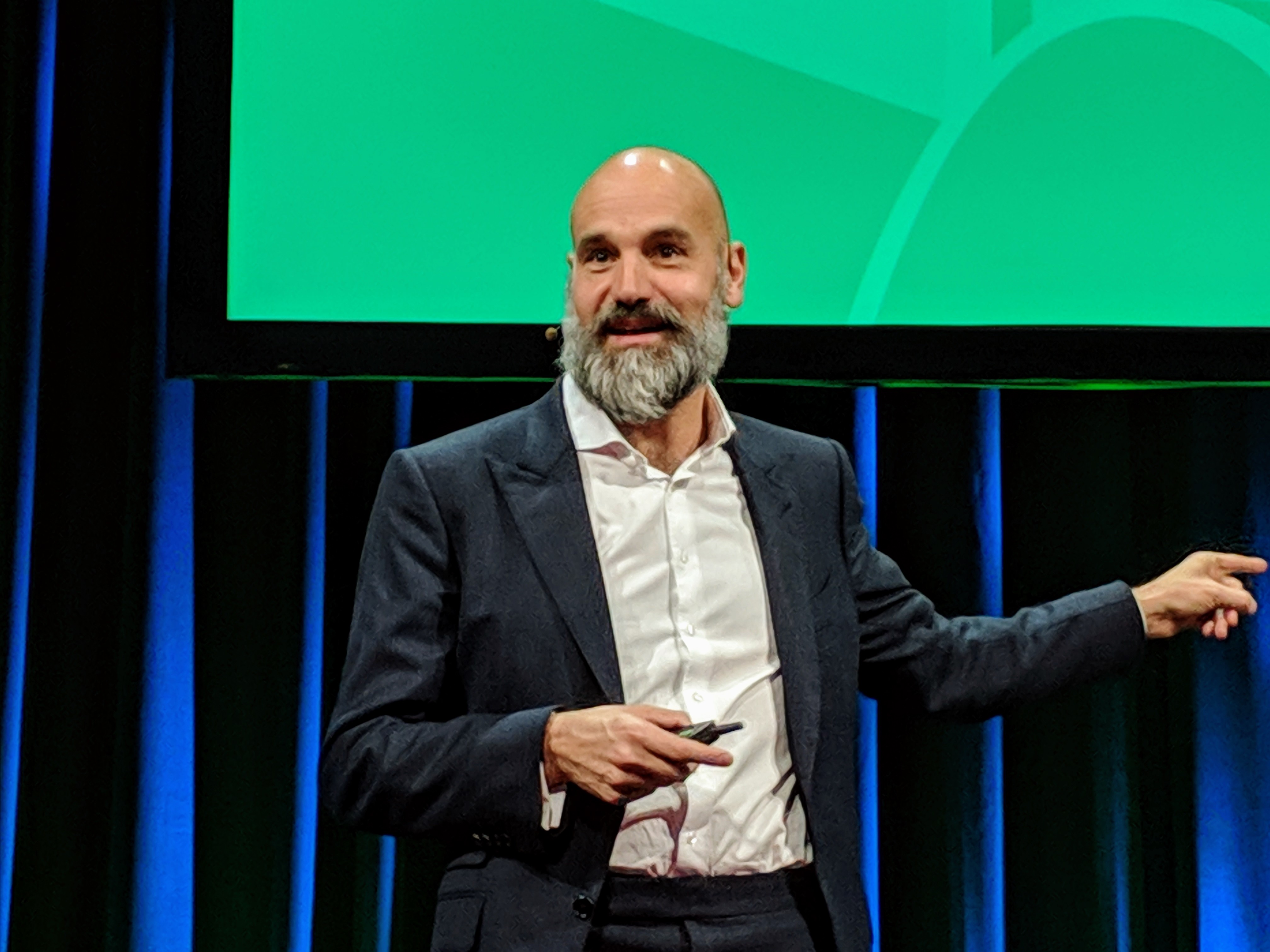 It’s no secret that Shuttleworth, who sports an impressive beard these days, was previously resistant to this, and he acknowledged as much. “I think that’s a fair characterization,” he said. “I enjoy my independence and I enjoy being able to make long-term calls. I still feel like I’ll have the ability to do that, but I do appreciate keenly the responsibility of taking other people’s money. When it’s your money, it’s slightly different.”

Refocusing Canonical on the enterprise business seems to be paying off already. “The numbers are looking good. The business is looking healthy. It’s not a charity. It’s not philanthropy,” he said. “There are some key metrics that I’m watching, which are the gate for me to take the next step, which would be growth equity.” Those metrics, he told me, are the size of the business and how diversified it is.

Shuttleworth likens this program of getting the company ready to IPO to getting fit. “There’s no point in saying: I haven’t done any exercise in the last 10 years but I’m going to sign up for tomorrow’s marathon,” he said.

The move from being a private company to taking outside investment and going public — especially after all these years of being self-funded — is treacherous, though, and Shuttleworth admitted as much, especially in terms of being forced to setting short-term goals to satisfy investors that aren’t necessarily in the best interest of the company in the long term. Shuttleworth thinks he can negotiate those issues, though.

Interestingly, he thinks the real danger is quite a different one. “I think the most dangerous thing in making that shift is the kind of shallowness of the unreasonably big impact that stock price has on people’s mood,” he said. “Today, at Canonical, it’s 600 people. You might have some that are having a really great day and some that are having a shitty day. And they have to figure out what’s real about both of those scenarios. But they can kind of support each other. […] But when you have a stock ticker, everybody thinks they’re having a great day, or everybody thinks they’re having a shitty day in a way that may be completely uncorrelated to how well they’re actually doing.”

Shuttleworth does not believe that IBM’s acquisition of its competitor Red Hat will have any immediate effect on its business, though. What he does think, however, is that this move is making a lot of people rethink for the first time in years the investment they’ve been making in Red Hat and its enterprise Linux distribution. Canonical’s promise is that Ubuntu, as well as its OpenStack tools and services, are not just competitive but also more cost-effective in the long run, and offer enterprises an added degree of agility. And if more businesses start looking at Canonical and Ubuntu, that can only speed up Shuttleworth’s (and his bankers’) schedule for hitting Canonical’s metrics for raising money and going public.