When Cisco bought Ann Arbor, Michigan security company, Duo for a whopping $2.35 billion earlier this month, it showed the growing value of security and security startups in the view of traditional tech companies like Cisco.

In yesterday’s earnings report, even before the ink had dried on the Duo acquisition contract, Cisco was reporting that its security business grew 12 percent year over year to $627 million. Given those numbers, the acquisition was top of mind in CEO Chuck Robbins’ comments to analysts.

“We recently announced our intent to acquire Duo Security to extend our intent-based networking portfolio into multi- cloud environments. Duo’s SaaS delivered solution will expand our cloud security capabilities to help enable any user on any device to securely connect to any application on any network,” he told analysts.

Indeed, security is going to continue to take center stage moving forward. “Security continues to be our customers number one concern and it is a top priority for us. Our strategy is to simplify and increase security efficacy through an architectural approach with products that work together and share analytics and actionable threat intelligence,” Robbins said.

That fits neatly with the Duo acquisition, whose guiding philosophy has been to simplify security. It is perhaps best known for its two-factor authentication tool. Often companies send a text with a code number to your phone after you change a password to prove it’s you, but even that method has proven vulnerable to attack.

What Duo does is send a message through its app to your phone asking if you are trying to sign on. You can approve if it’s you or deny if it’s not, and if you can’t get the message for some reason you can call instead to get approval. It can also verify the health of the app before granting access to a user. It’s a fairly painless and secure way to implement two-factor authentication, while making sure employees keep their software up-to-date. 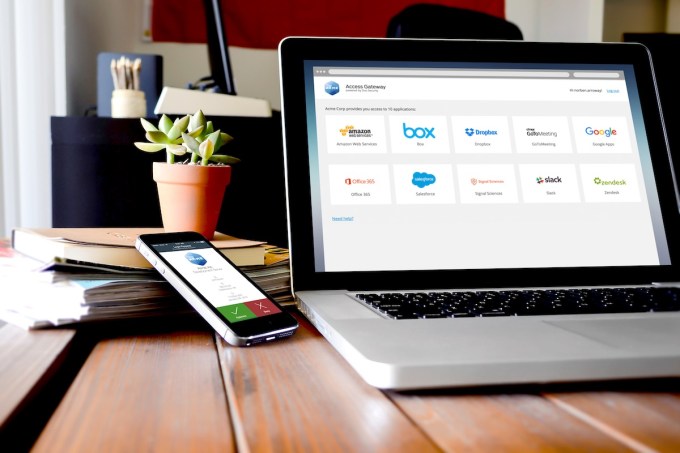 While Cisco’s security revenue accounted for a fraction of the company’s overall $12.8 billion for the quarter, the company clearly sees security as an area that could continue to grow.

Cisco hasn’t been shy about using its substantial cash holdings to expand in areas like security beyond pure networking hardware to provide a more diverse recurring revenue stream. The company currently has over $54 billion in cash on hand, according to Y Charts.

Cisco spent a fair amount money on Duo, which according to reports has $100 million in annual recurring revenue, a number that is expected to continue to grow substantially. It had raised over $121 million in venture investment since inception. In its last funding round in September 2017, the company raised $70 million on a valuation of $1.19 billion.

The acquisition price ended up more than doubling that valuation. That could be because it’s a security company with recurring revenue, and Cisco clearly wanted it badly as another piece in its security solutions portfolio, one it hopes can help keep pushing that security revenue needle ever higher.