Cloud Foundry, the open source platform-as-a-service project that more than half of the Fortune 500 companies use to help them build, test and deploy their applications, launched well before Kubernetes existed. Because of this, the team ended up building Diego, its own container management service. Unsurprisingly, given the popularity of Kubernetes, which has become somewhat of the de facto standard for container orchestration, a number of companies in the Cloud Foundry ecosystem starting looking into how they could use Kubernetes to replace Diego.

The result of this is Project Eirini, which was first proposed by IBM. As the Cloud Foundry Foundation announced today, Project Eirini now passes the core functional tests the team runs to validate the software releases of its application runtime, the core Cloud Foundry service that deploys and manages applications (if that’s a bit confusing, don’t even think about the fact that there’s also a Cloud Foundry Container Runtime, which already uses Kubernetes, but which is mostly meant to give enterprise a single platform for running their own applications and pre-built containers from third-party vendors). 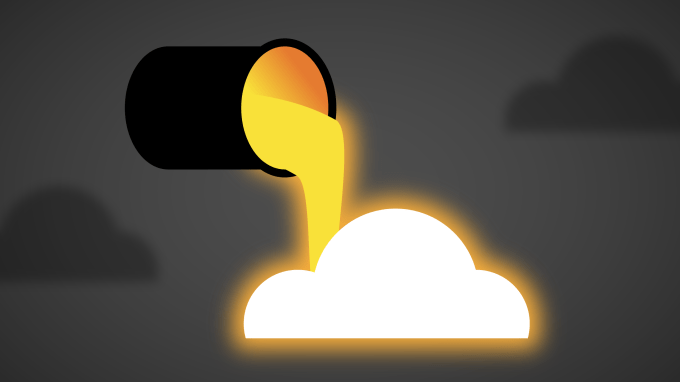 “That’s a pretty big milestone,” Cloud Foundry Foundation CTO Chip Childers told me. “The project team now gets to shift to a mode where they’re focused on hardening the solution and making it a bit more production-ready. But at this point, early adopters are also starting to deploy that [new] architecture.”

Childers stressed that while the project was incubated by IBM, which has been a long-time backer of overall Cloud Foundry project, Google, Pivotal and others are now also contributing and have dedicated full-time engineers working on the project. In addition, SUSE, SAP and IBM are also active in developing Eirini.

Eirini started out as an incubation project, and while few doubted that this would be a successful project, there was a bit of confusion around how Cloud Foundry would move forward now that it essentially had two container engines for running its core service. At the time, there was even some concern that the project could fork. “I pushed back at the time and said: no, this is the natural exploration process that open source communities need to go through,” Childers said. “What we’re seeing now is that with Pivotal and Google stepping in, that’s a very clear sign that this is going to be the go-forward architecture for the future of the Cloud Foundry Application Runtime.”

A few months ago, by the way, Kubernetes was still missing a few crucial pieces the Cloud Foundry ecosystem needed to make this move. Childers specifically noted that Windows support — something the project’s enterprise users really need — was still problematic and lacked some important features. In recent releases, though, the Kubernetes team fixed most of these issues and improved its Windows support, rendering those issues moot.

What does all of this mean for Diego? Childers noted that the community isn’t at a point where it’ll hold developing that tool. At some point, though, it seems likely that the community will decide that it’s time to start the transition period and make the move to Kubernetes official.

It’s worth noting that IBM today announced its own preview of Eirini in its Cloud Foundry Enterprise Environment and that the latest version of SUSE’s Cloud Foundry-based Application Platform includes a similar preview as well.

In addition, the Cloud Foundry Foundation, which is hosting its semi-annual developer conference in Philadelphia this week, also announced that it has certified its first to systems integrators, Accenture and HCL, as part of its recently launched certification program for companies that work in the Cloud Foundry ecosystem and have at least ten certified developers on their teams.