Contentful, a Berlin- and San Francisco-based startup that provides content management infrastructure for companies like Spotify, Nike, Lyft and others, today announced that it has raised a $33.5 million Series D funding round led by Sapphire Ventures, with participation from OMERS Ventures and Salesforce Ventures, as well as existing investors General Catalyst, Benchmark, Balderton Capital and Hercules. In total, the company has now raised $78.3 million. 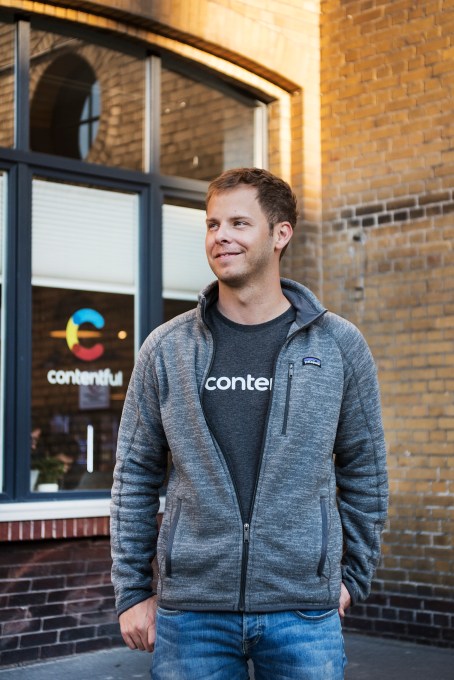 It’s only been less than a year since the company raised its Series C round and as Contentful co-founder and CEO Sascha Konietzke told me, the company didn’t really need to raise right now. “We had just raised our last round about a year ago. We still had plenty of cash in our bank account and we didn’t need to raise as of now,” said Konietzke. “But we saw a lot of economic uncertainty, so we thought it might be a good moment in time to recharge. And at the same time, we already had some interesting conversations ongoing with Sapphire [formeraly SAP Ventures] and Salesforce. So we saw the opportunity to add more funding and also start getting into a tight relationship with both of these players.”

The original plan for Contentful was to focus almost explicitly on mobile. As it turns out, though, the company’s customers also wanted to use the service to handle its web-based applications and these days, Contentful happily supports both. “What we’re seeing is that everything is becoming an application,” he told me. “We started with native mobile application, but even the websites nowadays are often an application.”

In its early days, Contentful also focuses only on developers. Now, however, that’s changing and having these connections to large enterprise players like SAP and Salesforce surely isn’t going to hurt the company as it looks to bring on larger enterprise accounts.

Currently, the company’s focus is very much on Europe and North America, which account for about 80% of its customers. For now, Contentful plans to continue to focus on these regions, though it obviously supports customers anywhere in the world.

Contentful only exists as a hosted platform. As of now, the company doesn’t have any plans for offering a self-hosted version, though Konietzke noted that he does occasionally get requests for this.

What the company is planning to do in the near future, though, is to enable more integrations with existing enterprise tools. “Customers are asking for deeper integrations into their enterprise stack,” Konietzke said. “And that’s what we’re beginning to focus on and where we’re building a lot of capabilities around that.” In addition, support for GraphQL and an expanded rich text editing experience is coming up. The company also recently launched a new editing experience.