Home » Tech » Software Development » Cortana wants to be your personal executive assistant and read your emails to you, too

Only a few years ago, Microsoft hoped that Cortana could become a viable competitor to the Google Assistant, Alexa and Siri . Over time, as Cortana failed to make a dent in the marketplace (do you ever remember that Cortana is built into your Windows 10 machine?), the company’s ambitions shrunk a bit. Today, Microsoft wants Cortana to be your personal productivity assistant — and to be fair, given the overall Microsoft ecosystem, Cortana may be better suited to that than to tell you about the weather.

At its Ignite conference, Microsoft today announced a number of new features that help Cortana to become even more useful in your day-to-day work, all of which fit into the company’s overall vision of AI as a tool that is helpful and augments human intelligence.

The first of these is a new feature in Outlook for iOS that uses Microsoft text-to-speech features to read your emails to you (using both a male and female voice). Cortana can also now help you schedule meetings and coordinate participants, something the company first demoed at previous conferences.

Starting next month, Cortana will also be able to send you a daily email that summarizes all of your meetings, presents you with relevant documents and reminders to “follow up on commitments you’ve made in email.” This last part, especially, should be interesting as it seems to go beyond the basic (and annoying) nudges to reply to emails in Google’s Gmail. 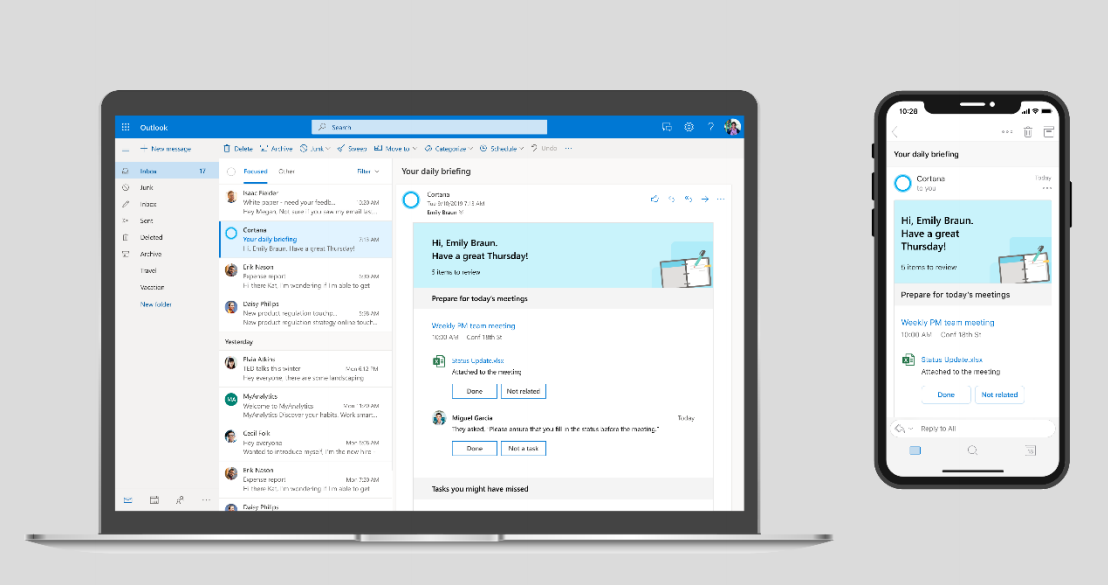