Home » Tech » Software Development » Databricks raises $250M at a $2.75B valuation for its analytics platform

Databricks, the company behind the Apache Spark big data analytics engine, today announced that it has raised a $250 million Series E round led by Andreessen Horowitz. Coatue Management, Microsoft and NEA, also participated in this round, which brings the company’s total funding to $498.5 million. Microsoft’s involvement here is probably a bit of a surprise, but it’s worth noting that it also worked with Databricks on the launch of Azure Databricks as a first-party service on the platform, something that’s still a rarity in the Azure cloud.

Current customers, which the company says number around 2,000, include the likes of Nielsen, Hotels.com, Overstock, Bechtel, Shell and HP.

While Databricks is obviously known for its contributions to Apache Spark, the company itself monetizes that work by offering its Unified Analytics platform on top of it. This platform allows enterprises to build their data pipelines across data storage systems and prepare data sets for data scientists and engineers. To do this, Databricks offers shared notebooks and tools for building, managing and monitoring data pipelines, and then uses that data to build machine learning models, for example. Indeed, training and deploying these models is one of the company’s focus areas these days, which makes sense, given that this is one of the main use cases for big data, after all.

On top of that, Databricks also offers a fully managed service for hosting all of these tools. 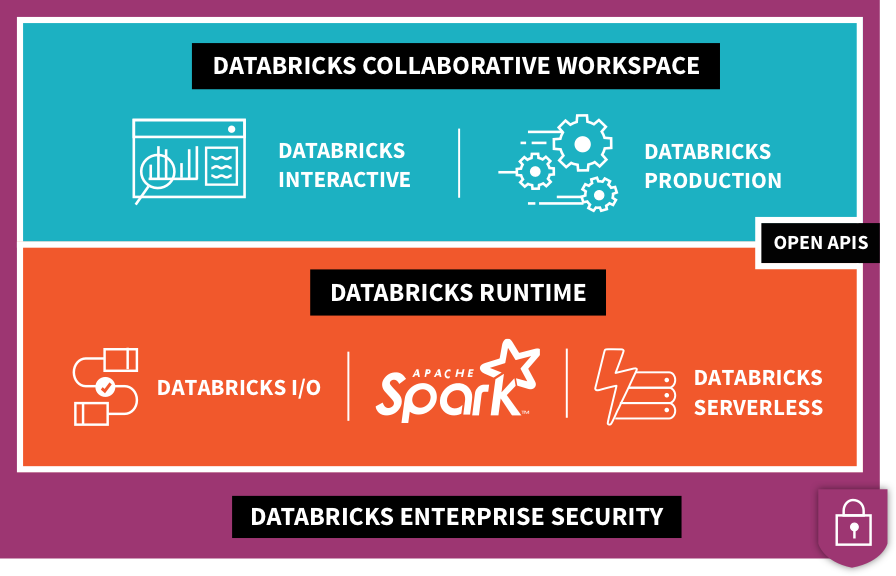 “Databricks is the clear winner in the big data platform race,” said Ben Horowitz, co-founder and general partner at Andreessen Horowitz, in today’s announcement. “In addition, they have created a new category atop their world-beating Apache Spark platform called Unified Analytics that is growing even faster. As a result, we are thrilled to invest in this round.”

Ghodsi told me that Horowitz was also instrumental in getting the company to re-focus on growth. The company was already growing fast, of course, but Horowitz asked him why Databricks wasn’t growing faster. Unsurprisingly, given that it’s an enterprise company, that means aggressively hiring a larger sales force — and that’s costly. Hence the company’s need to raise at this point.

As Ghodsi told me, one of the areas the company wants to focus on is the Asia Pacific region, where overall cloud usage is growing fast. The other area the company is focusing on is support for more verticals like mass media and entertainment, federal agencies and fintech firms, which also comes with its own cost, given that the experts there don’t come cheap.

Ghodsi likes to call this “boring AI,” since it’s not as exciting as self-driving cars. In his view, though, the enterprise companies that don’t start using machine learning now will inevitably be left behind in the long run. “If you don’t get there, there’ll be no place for you in the next 20 years,” he said.

Engineering, of course, will also get a chunk of this new funding, with an emphasis on relatively new products like MLFlow and Delta, two tools Databricks recently developed and that make it easier to manage the life cycle of machine learning models and build the necessary data pipelines to feed them.