Dropbox announced several enhancements today designed to beef up its mobile offering and help employees on the go keep up with changes to files stored in Dropbox .

In a typical team scenario, a Dropbox user shared a file with a team member for review or approval. If they wanted to check the progress of this process, the only way to do it up until now was to send an email or text message explicitly asking if the person looked at it yet — not a terribly efficient workflow.

Dropbox recognized this and has built in a fix in the latest mobile release. Now users can can simply see who has looked at or taken action on a file directly from the mobile application without having to leave the application.

In addition, those being asked to review files can see those notifications right at the top of the Home screen in the mobile app, making the whole feedback cycle much more organized. 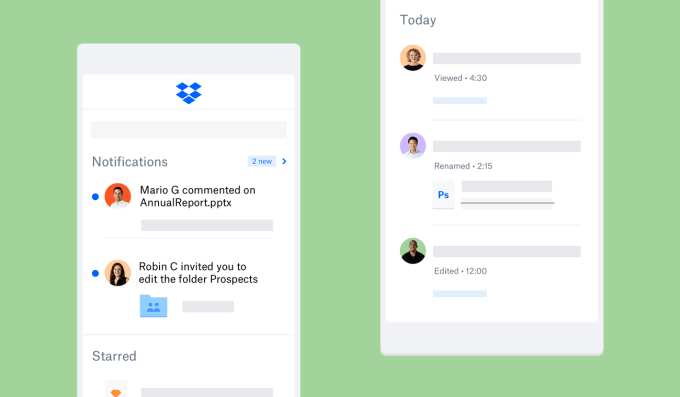 Joey Loi, product manager at Dropbox says this is a much more streamlined way to understand activity inside of Dropbox. “With this feature, we think about the closing loop on collaboration. At its heart, collaboration is feedback flows. When I change something on a file, there are a few steps before [my co-worker] knows I’ve changed it,” Loi explained. With this feature that feedback loop can close much faster.

Finally you can now drag and drop a file from an email into a Dropbox folder in a mobile context.

While none of these individual updates are earth shattering changes by any means, they do make it easier for users to access, share and work with files in Dropbox on a mobile device. “All the features are to help teams collaborate and be efficient on mobile,” Loi said.