Forethought, a 2018 TechCrunch Disrupt Battlefield participant, has a modern vision for enterprise search that uses AI to surface the content that matters most in the context of work. Its first use case involves customer service, but it has a broader ambition to work across the enterprise.

The startup takes a bit of an unusual approach to search. Instead of a keyword-driven experience we are used to with Google, Forethought uses an information retrieval model driven by artificial intelligence underpinnings that they then embed directly into the workflow, company co-founder and CEO Deon Nicholas told TechCrunch. They have dubbed their answer engine ‘Agatha.’

Much like any search product, it begins by indexing relevant content. Nicholas says they built the search engine to be able to index millions of documents at scale very quickly. It then uses natural language processing (NLP) and natural language understanding (NLU) to read the documents as a human would.

“We don’t work on keywords. You can ask questions without keywords and using synonyms to help understand what you actually mean, we can actually pull out the correct answer [from the content] and deliver it to you,” he said.

One of first use cases where they are seeing traction in is customer support. “Our AI, Agatha for Support, integrates into a company’s help desk software, either Zendesk, Salesforce Service Cloud, and then we [read] tickets and suggest answers and relevant knowledge base articles to help close tickets more efficiently,” Nicholas explained. He claims their approach has increased agent efficiency by 20-30 percent.

The plan is to eventually expand beyond the initial customer service use case into other areas of the enterprise and follow a similar path of indexing documents and embedding the solution into the tools that people are using to do their jobs.

When they reach Beta or general release, they will operate as a cloud service where customers sign up, enter their Zendesk or Salesforce credentials (or whatever other products happen to be supported at that point) and the product begins indexing the content. 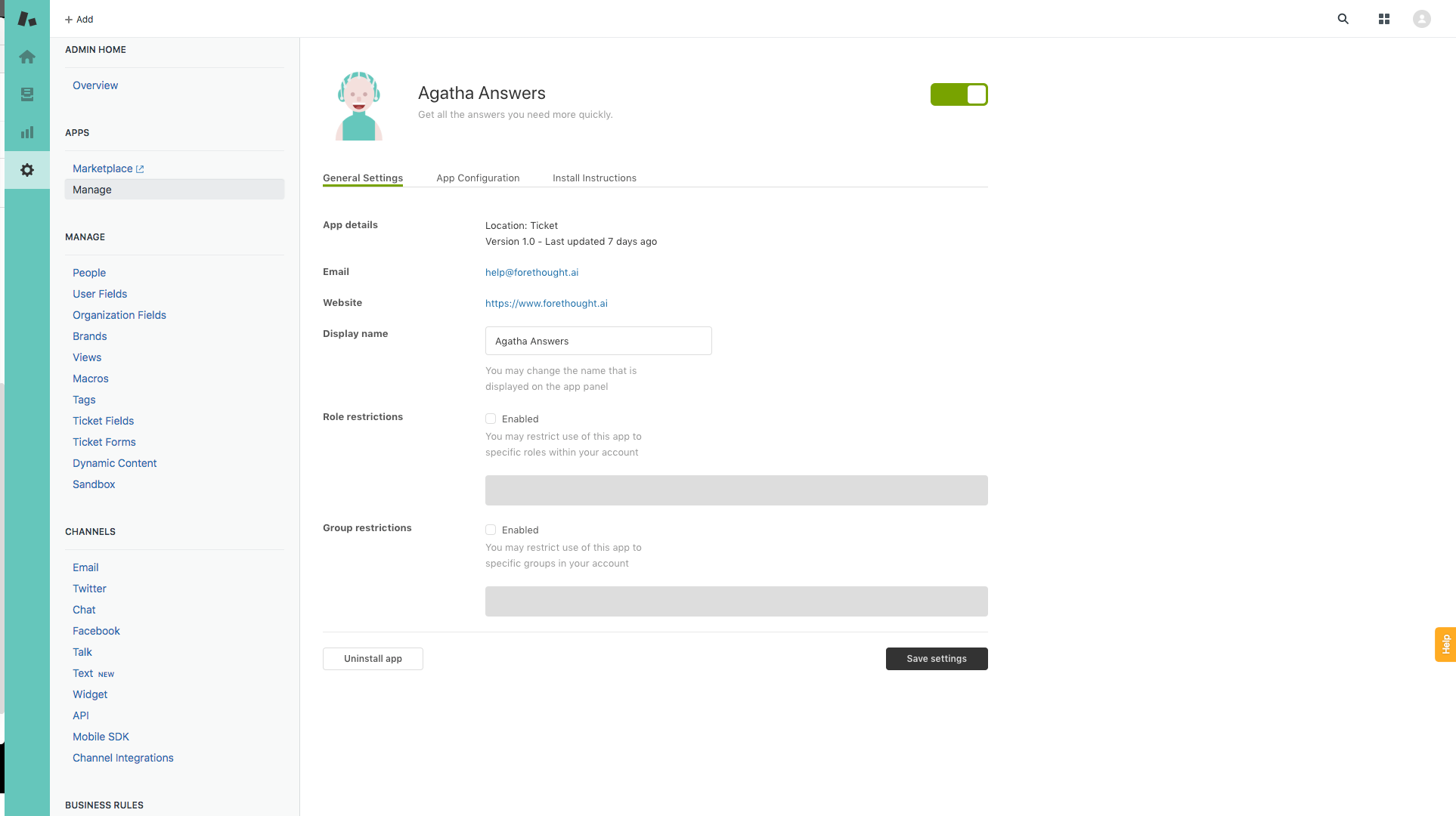 The founding team, all in their mid-20s, have had a passion for artificial intelligence since high school. In fact, Nicholas built an AI program to read his notes and quiz him on history while still in high school. Later at the University of Waterloo he published a paper on machine learning and had internships at Palantir, Facebook and Dropbox. His first job out of school was at Pure Storage. All these positions had a common thread of working with data and AI.

The company launched last year and they debuted Agatha in private Beta 4 months ago. They currently have six companies participating, the first of which has been converted to a paying customer.

They have closed a pre-seed round of funding too, and although they weren’t prepared to share the amount, the investment was led by K9 Ventures. While Village Global, Original Capital and other unnamed investors also participated.