When I visited the GE Global Research Center in Niskayuna, New York in April 2017, I thought I saw a company that was working hard to avoid disruption, but perhaps the leafy campus, the labs and experimental projects hid much larger problems inside the company. Yesterday GE announced that it is spinning out its Industrial IoT business and selling most of its stake in ServiceMax, the company it bought in 2016 for $915 million.

For one thing, Jeff Immelt, the CEO who was leading that modernization charge, stepped down six months after my visit and was replaced by John Flannery, who was himself replaced just a year into his tenure by C. Lawrence Culp, Jr. It didn’t seem to matter who was in charge, nobody could stop the bleeding stock price, which has fallen this year from a high of $18.76 in January to $7.20 this morning before the markets opened (and had already lost another .15 a share as we went to publication).

It hasn’t been a great year for GE stock. Chart: Yahoo Finance

Immelt at least recognized that the company needed to shift to a data-centered Industrial Internet of Things future where sensors fed data that provided ways to understand the health of a machine or how to drive the most efficient use from it. This was centered around the company’s Predix platform where developers could build applications using that data. The company purchased ServiceMax in 2016 to extend that idea and feed service providers the data they needed to anticipate when service was needed even before the customer was aware of it.

“If you went to bed last night as an industrial company you’re going to wake up a software & analytics company.” – @JeffImmelt

That entire approach had substance. In fact, if you look at what Salesforce announced earlier this month around service and the Internet of Things, you will see a similar strategy. As Salesforce’s SVP and GM for Salesforce Field Service Lightning Paolo Bergamo described in a blog post, “Drawing on IoT signals surfaced in the Service Cloud console, agents can gauge whether device failure is imminent, quickly determine the source of the problem (often before the customer is even aware a problem exists) and dispatch the right mobile worker with the right skill set.” 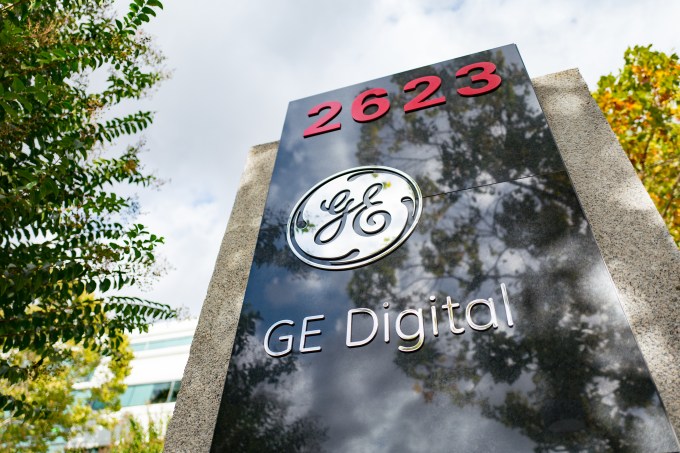 The ServiceMax acquisition and the Predix Platform were central to this, and while the idea was sound, Ray Wang, founder and principal analyst at Constellation Research says that the execution was poor and the company needed to change. “The vision for GE Digital made sense as they crafted a digital industrial strategy, yet the execution inside GE was not the best. As GE spins out many of its units, this move is designed to free up the unit to deliver its services beyond GE and into the larger ecosystem,” Wang told TechCrunch.

Current CEO Culp sees the spin-out as a way to breathe new life into the business “As an independently operated company, our digital business will be best positioned to advance our strategy to focus on our core verticals to deliver greater value for our customers and generate new value for shareholders,” Culp explained in a statement.

Maybe so, but it seems it should be at the center of what the company is doing, not a spin-off — and with only a 10 percent stake left in ServiceMax, the service business component all but goes away. Bill Ruh, GE Digital CEO, the man who was charged with implementing the mission (and apparently failed) has decided to leave the company with this announcement. In fact, the new Industrial IoT company will operate as a wholly owned GE subsidiary with its own financials and board of directors, separate from the main company.

With this move though, GE is clearly moving the Industrial IoT out of the core business as it continues to struggle to find a combination that brings its stock price back to life. While the Industrial Internet of Things idea may have been poorly executed, selling and spinning off the pieces that need to be part of the digital future seem like a short-sighted way to achieve the company’s longer term goals.