Every time I talk to someone about the viability of blockchain, I get challenged to show a real project beyond the obvious bitcoin use case. IBM has been working to build large enterprise projects blockchain and today they offered an irrefutable example that they have dubbed TrustChain, a blockchain that proves the provenance of jewelry by following the supply chain from mine to store.

As you might expect the TrustChain is built on IBM blockchain technology and includes a consortium of companies involved in every step of the supply chain: Asahi Refining, the precious metals refiner; Helzberg Diamonds, a U.S. jewelry retailer; LeachGarner, a precious metals supplier and The Richline Group, a global jewelry manufacturer. It even includes some third-party verification with UL Labs for the skeptical among you.

“What we are announcing and bringing forward has been in the works for some time. It’s the first end-to-end industry capability on blockchain that has its core in trust,” Jason Kelley, the GM of blockchain services at IBM told TechCrunch.

While there are trust mechanisms in place to ensure the authenticity of jewelry, they tend to be more piecemeal and this one is designed to be more comprehensive. One of the primary benefits of using blockchain in this instance is that it’s so much more efficient. Instead shuffling paper, the process becomes much more digital and reduces a lot (although not all) of the manual paper-pushing along the way. 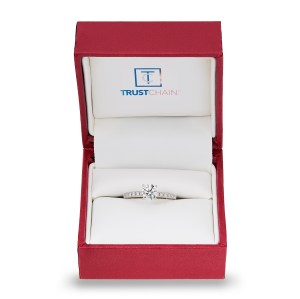 Of course, just because it’s on the blockchain doesn’t mean there won’t be attempts to circumvent the system, but the TrustChain has a mechanism for participants to check the validity of each transaction, each step of the way. “If there is a dispute, instead of calling and following back through the process in a more manual way, you can click on a trusted chain, and you’re able to see what happened immediately. That reduces the number of steps in the process, and speeds up what has been a paper-laden and manual effort,” Kelley explained.

He fully recognizes the hype surrounding blockchain and that it’s the latest shiny tech thing, but he says if you set aside the name, the capability is really what’s important here. “Now we can share this [data] in a permissioned network and we can be sure it’s accurate,” he said.

The notion of the permissioned blockchain is an important one here. It means that you have to be allowed on the blockchain to participate, and everyone on the blockchain has to agree to let any members on. “That’s what exciting with TrustChain. Each point in the supply chain has bought into the consortium,” he said.

He acknowledges that errors could be introduced in any system, whether intentional or not, but he says the beauty of this system is that blockchain is a team sport and many, many eyeballs are acting as a check for each step along the way. If a problem is found, it can be fixed through the same level of consensus. 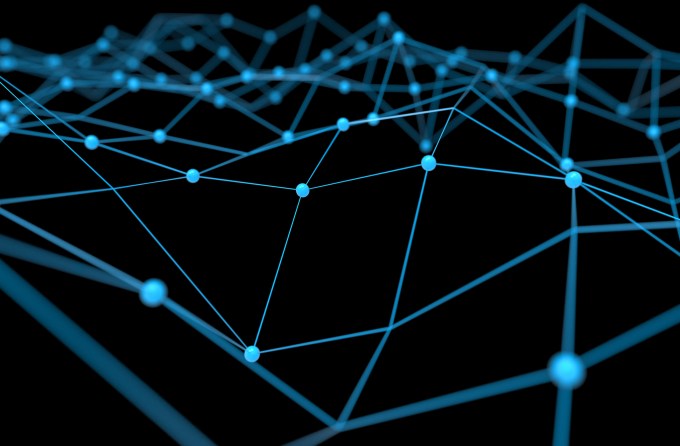 Kelley says this level of trust is increasingly essential because consumers are demanding transparency in the jewelry they buy. They want to be sure the diamond or precious metal in the jewelry was not mined by exploited labor and in a sustainable way. Research has found consumers are willing to pay more for such proof.

By next year, you could be able to pull out your smart phone, scan a QR code on the diamond you want to by and see a visual of the entire supply chain right on your smartphone. Kelley such an interface is in the works for the consumer side.

The blockchain is clearly still in early days, and it can’t solve every problem, but systems like this could help prove that there are actual viable scalable use cases for it.