Mailchimp, a bootstrapped startup out of Atlanta, Georgia, is known best as a popular tool for organizations to manage their customer-facing email activities — a profitable business that its CEO told TechCrunch has now grown to around 11 million customers and is on track for $700 million in revenue in 2019.

To help hit that number, Mailchimp is taking the wraps off a significant update aimed at catapulting it into the next level of business services. Beginning later this week, Mailchimp will start to offer a full marketing platform aimed at smaller organizations.

Going beyond email, the new platform will feature technology to record and track customer leads, the ability to purchase domains and build sites, ad retargeting on Facebook and Instagram, social media management and business intelligence that leverages a new move in the artificial intelligence to provide recommendations to users on how and when to market to whom.

When the service goes live on Wednesday, Mailchimp also plans a pretty significant shift of its pricing into four tiers of free, $9.99/month, $14.99/month or $299/month (up from the current pricing of free, $10/month, $199/month) — with those fees scaling depending on usage and features.

(Existing paid customers maintain current pricing structure and features for the time being and can move to the new packages at any time, the company said. New customers will sign up to the new pricing starting May 15.) 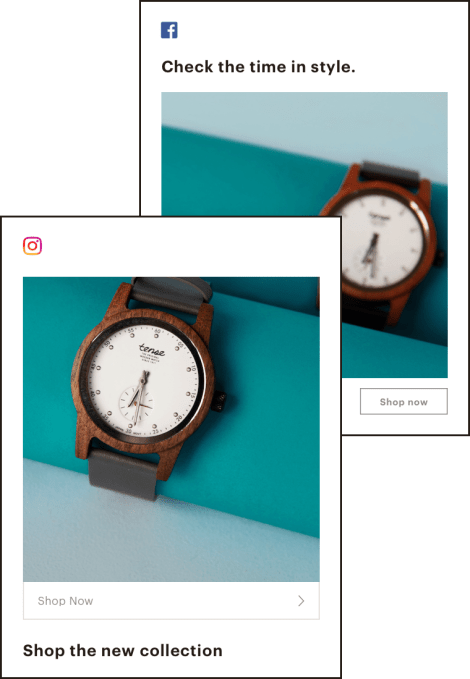 The expansion is part of a longer-term strategic play to widen Mailchimp’s scope by building more services for the typically-underserved but collectively large small business segment. Even as multinationals like Amazon and other large companies continue to feel like they are eating up the mom-and-pop independent business model, SMBs continue to make up 48 percent of the GDP in the US.

And within that, marketing is one of those areas that small businesses might not have invested in much traditionally but are increasingly turning to as so much transactional activity has moved to digital platforms — be it smartphones, computers, or just the tech that powers the TV you watch or music you listen to.

In March, we reported that Mailchimp quietly acquired a small Shopify competitor called LemonStand to start to build more e-commerce tools for its users. And the new marketing platform is the next step in that strategy.

“We still see a big need for small businesses to have something like this,” Ben Chestnut, Mailchimp’s co-founder and CEO, said in an interview. Enterprises have a range of options when it comes to marketing tools, he added, “but small businesses don’t.” The mantra for many building tech for the SMB sector has traditionally been “dumbed down and cheap,” in his words. “We agreed that cheap was good, but not dumbed down. We want to empower them.”

The new services launch also comes at a time when an increasing number of companies are closing in on the small business opportunity, with e-commerce companies like Square, Shopify and PayPal also widening their portfolio of products. (These days, Square is a Mailchimp partner, Shopify is not.)

Marketing is something that Mailchimp had already been dabbling with over the last two years — indeed, customer-facing email services is essentially a form of marketing, too. Other launches have included a Postcards service, offering companies very simple landing pages online (about 10 percent of Mailchimp’s customers do not have their own web sites, Chestnut said), and a tool for companies to create Google, Facebook and Instagram ads.

There are clearly a lot of others vying to be the go-to platform for small businesses to do their business — “Google, Facebook, a lot of the big players see the magic and are moving to the space more and more,” Chestnut said — but Mailchimp’s unique selling point — or so it hopes — is that it’s the platform that has no vested interests in other business areas, and will therefore be as focused as the small businesses themselves are. That includes, for example, no upcharging regardless of the platform where you choose to run a campaign.

“We are Switzerland,” Chestnut said.