Mirantis, the company you may still remember as one of the biggest players in the early days of OpenStack, launched an interesting new hosted SaSS service today that makes it easier for enterprises to build and deploy their on-premises clouds. The new Mirantis Model Designer, which is available for free, lets operators easily customize their clouds — starting with OpenStack clouds next month and Kubernetes clusters in the coming months — and build the configurations to deploy them. 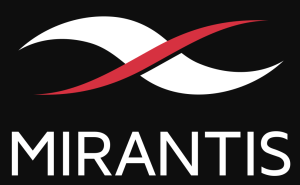 Typically, doing so typically involves writing lots of YAML files by hand, something that’s error-prone and few developers love. Yet that’s exactly what’s at the core of the infrastructure-as-code model. Model Designer, on the other hand, takes what Mirantis learned from its highly popular Fuel installer for OpenStack and takes it a step further. The Model Designer, which Mirantis co-founder and CMO Boris Renski demoed for me ahead of today’s announcement, presents users with a GUI interface that walks them through the configuration steps. What’s smart here is that every step has a difficulty level (modeled after Doom’s levels ranging from “I’m too young to die” to “ultraviolence” — though it’s missing Dooms ‘nightmare’ setting), which you can choose based on how much you want to customize the setting.

Model Designer is an opinionated tool, but it does give users quite a bit of freedom, too. Once the configuration step is done, Mirantis actually takes the settings and runs them through its Jenkins automation server to validate the configuration. As Renski pointed out, that step can’t take into account all of the idiosyncrasies of every platform, but it can ensure that the files are correct. After this, the tools provides the user with the configuration files and actually deploying the OpenStack cloud is then simply a matter of taking the files, together with the core binaries that Mirantis makes available for download, to the on-premises cloud and executing a command-line script. Ideally, that’s all there is to the process. At this point, Mirantis’ DriveTrain tools take over and provision the cloud. For upgrades, users simply have to repeat the process.

Mirantis’ monetization strategy is to offer support, which range from basic support to fully managing a customer’s cloud. Model Designer is yet another way for the company to make more users aware of itself and then offer them support as they start using more of the company’s tools.