New Relic CEO Lew Cirne was feeling a bit nostalgic last week when he called to discuss the announcements for the company’s FutureStack conference taking place tomorrow in San Francisco. It had been 10 years since he first spoke to TechCrunch about his monitoring tool. A lot has changed in a decade including what his company is monitoring these days.

Cirne certainly recognizes that his company has come a long way since those first days. The monitoring world is going through a seismic shift as the ways we develop apps changes. His company needs to change with it to remain relevant in today’s market.

In the early days, they monitored Ruby on Rails applications, but gone are the days of only monitoring a fixed virtual machine. Today companies are using containers and Kubernetes, and beyond that, serverless architecture. Each of these approaches brings challenges to a monitoring company like New Relic, particularly the ephemeral nature and the sheer volume associated with these newer ways of working.

‘We think those changes have actually been an opportunity for us to further differentiate and further strengthen our thesis that the New Relic way is really the most logical way to address this.” He believes that his company has always been centered on the code, as opposed to the infrastructure where it’s delivered, and that has helped it make adjustments as the delivery mechanisms have changed.

Today, the company introduced a slew of new features and capabilities designed to keep the company oriented toward the changing needs of its customer base. One of the ways they are doing that is with a new feature called Outlier Detection, which has been designed to address changes in key metrics wherever your code happens to be deployed.

Further, Incident Context lets you see exactly where the incident occurred in the code so you don’t have to go hunting and pecking to find it in the sea of data.

The company also introduced developer.newrelic.com, a site that extends the base APIs to provide a central place to build on top of the New Relic platform and give customers a way to extend the platform’s functionality. Cirne said each company has its own monitoring requirements, and they want to give them ability to build for any scenario.

In addition, they announced New Relic Query Language (NRQL) data, which leverages the New Relic GraphQL API to help deliver new kinds of customized, programmed capabilities to customers that aren’t available out of the box.”What if I could program New Relic to take action when a certain thing happens. When an application has a problem, it could post a notice to the status page or restart the service. You could automate something that has been historically done manually,” he explained. 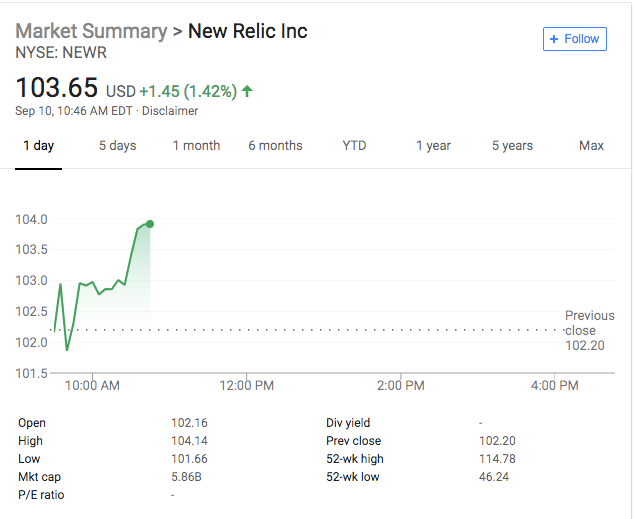