The OpenStack Foundation today released the 18th version of its namesake open-source cloud infrastructure software. The project has had its ups and downs, but it remains the de facto standard for running and managing large private clouds.

What’s been interesting to watch over the years is how the project’s releases have mirrored what’s been happening in the wider world of enterprise software. The core features of the platform (compute, storage, networking) are very much in place at this point, allowing the project to look forward and to add new features that enterprises are now requesting.

The new release, dubbed Rocky, puts an emphasis on bare metal clouds, for example. While the majority of enterprises still run their workloads in virtual machines, a lot of them are now looking at containers as an alternative with less overhead and the promise of faster development cycles. Many of these enterprises want to run those containers on bare metal clouds and the project is reacting to this with its “Ironic” project that offers all of the management and automation features necessary to run these kinds of deployments. 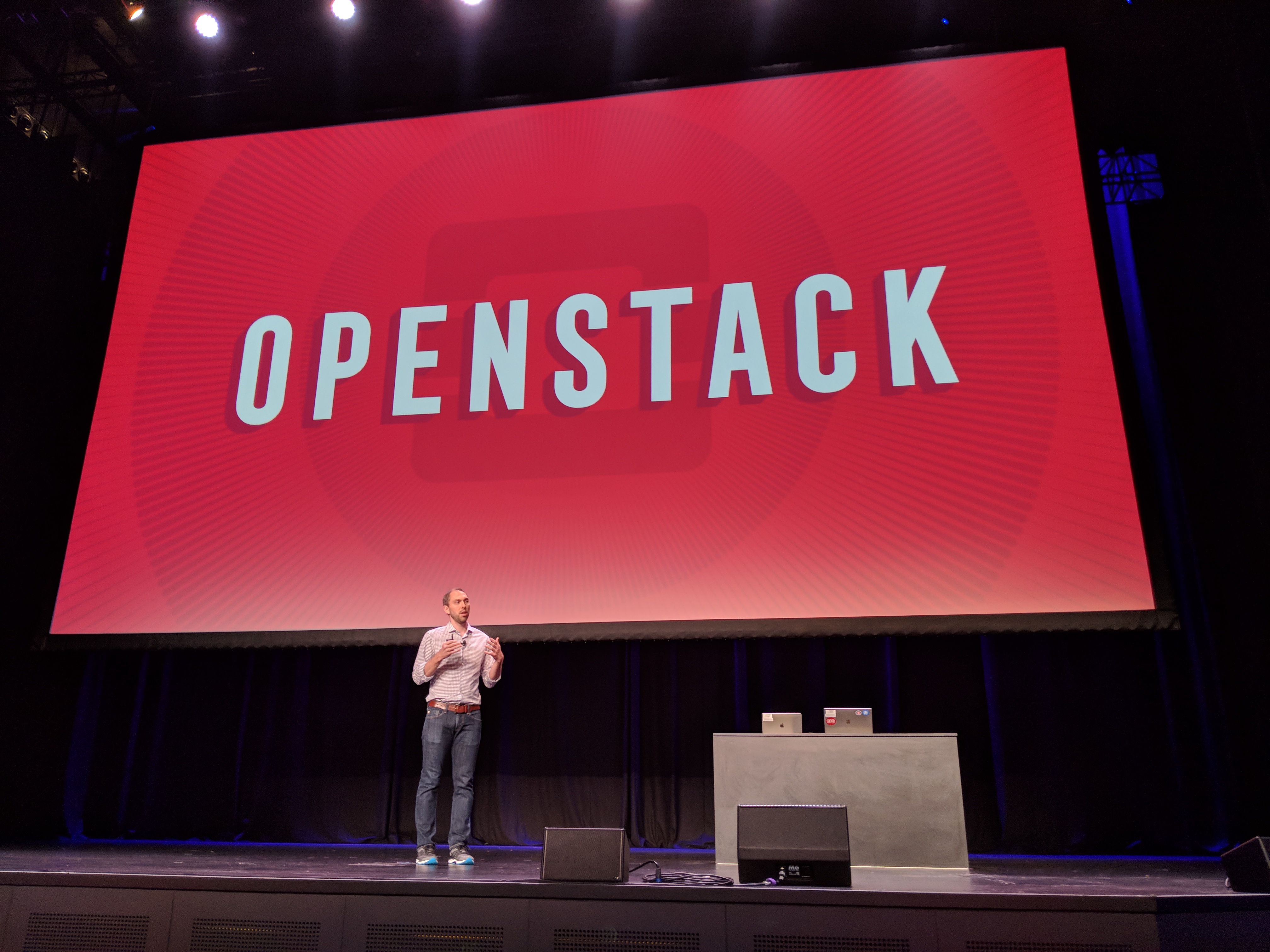 “There’s a couple of big features that landed in Ironic in the Rocky release cycle that we think really set it up well for OpenStack bare clouds to be the foundation for both running VMs and containers,” OpenStack Foundation VP of marketing and community Lauren Sell told me.

Ironic itself isn’t new, but in today’s update, Ironic gets use-managed BIOS settings (to configure power management, for example) and RAM disk support for high-performance computing workloads. Magnum, OpenStack’s service for using container engines like Docker Swarm, Apache Mesos and Kubernetes, is now also a Kubernetes certified installer, meaning that users can be confident that OpenStack and Kubernetes work together just like a user would expect.

Another trend that’s becoming quite apparent is that many enterprises that build their own private clouds do so because they have very specific hardware needs. Often, that includes GPUs and FPGAs, for example, for machine learning workloads. To make it easier for these businesses to use OpenStack, the project now includes a lifecycle management service for these kinds of accelerators.

“Specialized hardware is getting a lot of traction right now,” OpenStack CTO Mark Collier noted. “And what’s interesting is that FPGAs have been around for a long time but people are finding out that they are really useful for certain types of AI, because they’re really good at doing the relatively simple math that you need to repeat over and over again millions of times. It’s kind of interesting to see this kind of resurgence of certain types of hardware that maybe was seen as going to be disrupted by cloud and now it’s making a roaring comeback.”

With this update, the OpenStack project is also enabling easier upgrades, something that was long a daunting process for enterprises. Because it was so hard, many chose to simply not update to the latest releases and often stayed a few releases behind. Now, the so-called Fast Forward Upgrade feature allows these users to get on new releases faster, even if they are well behind the project’s own cycle. Oath, which owns TechCrunch, runs a massive OpenStack cloud, for example, and the team recently upgraded a 20,000-core deployment from Juno (the 10th OpenStack release) to Ocata (the 15th release).

The fact that Vexxhost, a Canadian cloud provider, is already offering support for the Rocky release in its new Silicon Valley cloud today is yet another sign that updates are getting a bit easier (and the whole public cloud side of OpenStack, too, often gets overlooked, but continues to grow).