Rackspace, the hosted private cloud vendor, let go around 200 workers or 3 percent of its worldwide workforce of 6600 employees this week. The company says that it’s part of a recalibration where it is trying to find workers who are better suited to their current business approach.

A Rackspace spokesperson told TechCrunch that it is “a stable and profitable company.” In fact, it hired 1500 employees in 2018 and currently has 200 job openings. “We continue to invest in our business based on market opportunity and our customers’ needs – we take actions on an ongoing basis in some areas where we are over-invested and hire in areas where we are under invested,” a company spokesperson explained.

The company, which went public in 2008 and private again for $4.3 billion in 2016, has struggled in a cloud market dominated by giants like Amazon, Microsoft and Google, but according to Synergy Research, a firm that keeps close watch on the cloud market, it is one of the top 3 companies in the Hosted Private Cloud category. 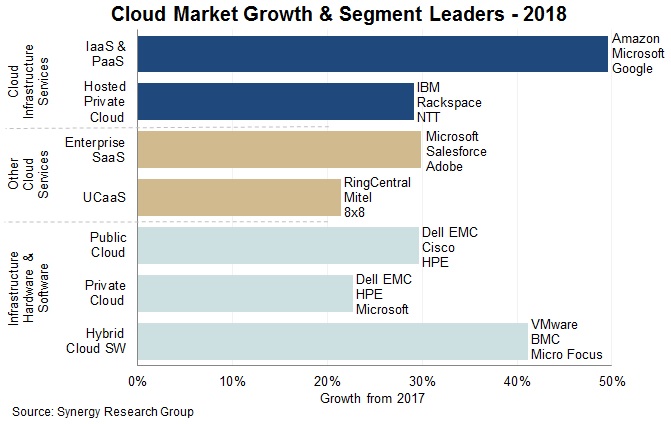 It’s worth noting that the top company in this category is IBM and Rackspace could be a good target for Big Blue if it wanted to use its checkbook to get a boost in marketshare. IBM is in third or fourth place in the cloud infrastructure market, depending on whose numbers you look at, but it could move the needle a bit by buying a company like Rackspace. Neither company is suggesting this, however, and IBM bought Red Hat at the end of last year for $34 billion, making it less likely it will be in a spending mood this year.

For now the layoffs appear to be a company tweaking its workforce to meet current market conditions, but whatever the reason, it’s never a happy day when people lose their jobs.

Rackspace to go private after $4.3B acquisition by private equity firm Apollo