While serverless computing isn’t new, it has reached an interesting place in its development. As developers begin to see the value of serverless architecture, a whole new startup ecosystem could begin to develop around it.

Serverless isn’t exactly serverless at all, but it does enable a developer to set event triggers and leave the infrastructure requirements completely to the cloud provider. The vendor delivers exactly the right amount of compute, storage and memory and the developer doesn’t even have to think about it (or code for it).

That sounds ideal on its face, but as with every new technology, for each solution there is a set of new problems and those issues tend to represent openings for enterprising entrepreneurs. That could mean big opportunities in the coming years for companies building security, tooling, libraries, APIs, monitoring and a whole host of tools serverless will likely require as it evolves.

In the beginning we had physical servers, but there was lots of wasted capacity. That led to the development of virtual machines, which enabled IT to take a single physical server and divide it into multiple virtual ones. While that was a huge breakthrough for its time, helped launch successful companies like VMware and paved the way for cloud computing, it was the only beginning.

Then came containers, which really began to take off with the development of Docker and Kubernetes, two open source platforms. Containers enable the developer to break down a large monolithic program into discrete pieces, which helps it run more efficiently. More recently, we’ve seen the rise of serverless or event-driven computing. In this case, the whole idea of infrastructure itself is being abstracted away. 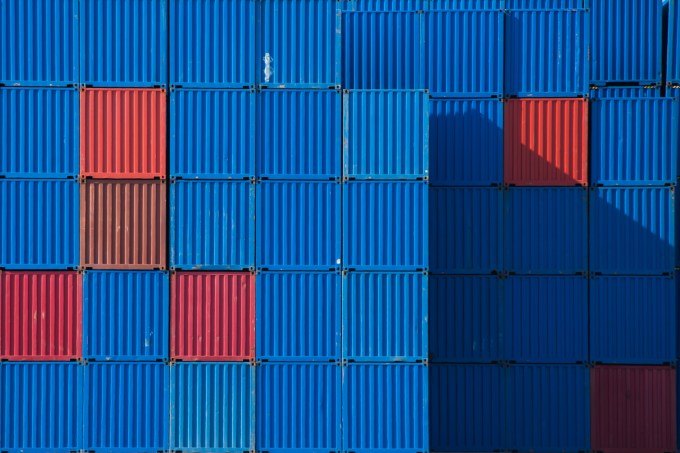 While it’s not truly serverless, since you need underlying compute, storage and memory to run a program, it is removing the need for developers to worry about servers. Today, so much coding goes into connecting the program’s components to run on whatever hardware (virtual or otherwise) you have designated. With serverless, the cloud vendor handles all of that for the developer.

All of the major vendors have launched serverless products with AWS Lambda, Google Cloud Functions and Microsoft Azure Functions all offering a similar approach. But it has the potential to be more than just another way to code. It could eventually shift the way we think about programming and its relation to the underlying infrastructure altogether.

It’s important to understand that we aren’t quite there yet, and a lot of work still needs to happen for serverless to really take hold, but it has enormous potential to be a startup feeder system in coming years and it’s certainly caught the attention of investors looking for the next big thing.

Removing another barrier to entry

Tim Wagner, general manager for AWS Lambda, says the primary advantage of serverless computing is that it allows developers to strip away all of the challenges associated with managing servers. “So there is no provisioning, deploying patching or monitoring — all those details at the the server and operating system level go away,” he explained.

He says this allows developers to reduce the entire coding process to the function level. The programmer defines the event or function and the cloud provider figures out the exact amount of underlying infrastructure required to run it. Mind you, this can be as little as a single line of code. 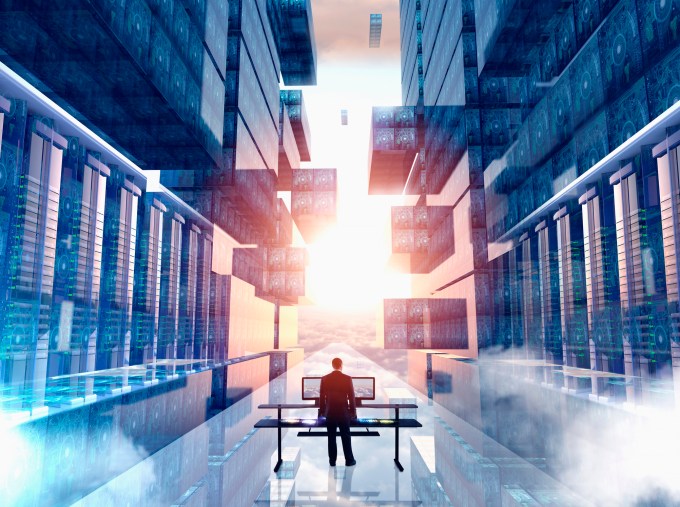 Sarah Guo, a partner at Greylock Partners, who invests in early stage companies sees serverless computing as offering a way for developers to concentrate on just the code by leaving the infrastructure management to the provider. “If you look at one of the amazing things cloud computing platforms have done, it has just taken a lot of the expertise and cost that you need to build a scalable service and shifted it to [the cloud provider],” she said. Serverless takes that concept and shifts it even further by allowing developers to concentrate solely on the user’s needs without having to worry about what it takes to actually run the program.

Cloud computing company Digital Ocean recently surveyed over 4800 IT pros, of which 55 percent identified themselves as developers. When asked about serverless, nearly half of respondents reported they didn’t fully understand the serverless concept. On the other hand, they certainly recognized the importance of learning more about it with 81 percent reporting that they plan to do further research this year.

When asked if they had deployed a serverless application in the last year, not surprisingly about two-thirds reported they hadn’t. This was consistent across regions with India reporting a slightly higher rate of serverless adoption. 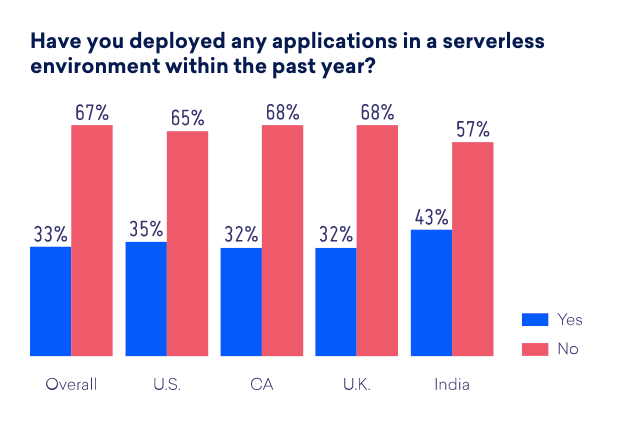 Of those using serverless, Digital Ocean found that AWS was by far the most popular service with 58 percent of respondents reporting Lambda was their chosen tool, followed by Google Cloud Functions with 23 percent and Microsoft Azure Functions further back at 10 percent.

Interestingly enough, one of the reasons that respondents reported a reluctance to begin adopting serverless was a lack of tooling. “One of the biggest challenges developers report when it comes to serverless is monitoring and debugging,” the report stated. That lack of visibility, however could also represent an opening for startups.

The thing about abstraction is that it simplifies operations on one level, but it also creates a new set of requirements, some expected and some that might surprise as a new way of programming scales. This lack of tooling could potentially hinder the development, but more often than not when necessity calls, it can stimulate the development of a new set of instrumentation.

This is certainly something that Guo recognizes as an investor. “I think there is a lot of promise as we improve a bunch of things around making it easier for developers to access serverless, while expanding the use cases, and concentrating on issues like visibility and security, which are all [issues] when you give more and more control of [the infrastructure] to someone else,” she said. 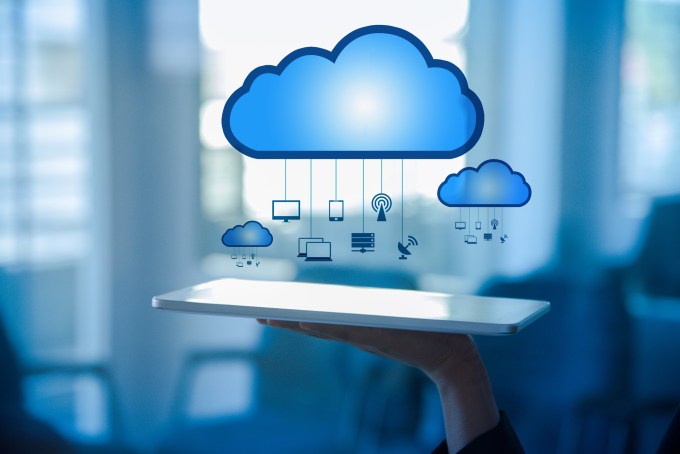 Ping Li, general partner at Accel also sees an opportunity here for investors. “I think the reality is that anytime there’s a kind of shift from a developer application perspective, there’s an opportunity to create a new set of tools or products that help you enable those platforms,” he said.

Li says the promise is there, but it won’t happen right away because there needs to be a critical mass of developers using serverless methodologies first. “I would say that we are definitely interested in serverless in that we believe it’s going to be a big part of how applications will be built in the future, but it’s still in its early stages,” Ping said.

S. Somasgear, managing director at Madrona Ventures says that even as serverless removes complexity, it creates a new set of issues, which in turn creates openings for startups. “It is complicated because we are trying to create this abstraction layer over the underlying infrastructure and telling the developers that you don’t need to worry about it. But that means, there are a lot of tools that have to exist in place — whether it is development tools, deployment tools, debugging tools or monitoring tools — that enable the developer to know certain things are happening when you’re operating in a serverless environment.

Having that visibility in a serverless world is a real challenge, but it is not the only opening here. There are also opportunities for trigger or function libraries or companies akin to Twilio or Stripe, which offer easy API access to a set of functionality without having a particular expertise like communications or payment gateways There could be similar analogous needs in the serverless world.

Companies are beginning to take advantage of serverless computing to find new ways of solving problems. Over time, we should begin to see more developer momentum toward this approach and more tools develop.

While it is early days, as Guo says, it’s not as though developers love running infrastructure. It’s just been a necessity. “I think will be very interesting. I just think we’re still very early in the ecosystem,” she said. Yet certainly the potential is there if the pieces fall into place and programmer momentum builds around this way of developing applications for it to really take off and for a startup ecosystem to follow.