If a picture is worth a thousand words, how many emails can you replace with a video? As offices fragment into remote teams, work becomes more visual, and social media makes us more comfortable on camera, it’s time for collaboration to go beyond text. That’s the idea behind Loom, a fast-rising startup that equips enterprises with instant video messaging tools. In a click, you can film yourself or narrate a screenshare to get an idea across in a more vivid, personal way. Instead of scheduling a video call, employees can asynchronously discuss projects or give ‘stand-up’ updates without massive disruptions to their workflow.

In the 2.5 years since launch, Loom has signed up 1.1 million users from 18,000 companies. And that was just as a Chrome extension. Today Loom launches its PC and Mac apps that give it a dedicated presence in your digital workspace. Whether you’re communicating across the room or across the globe, “Loom is the next best thing to being there” co-founder Shahed Khan tells me. 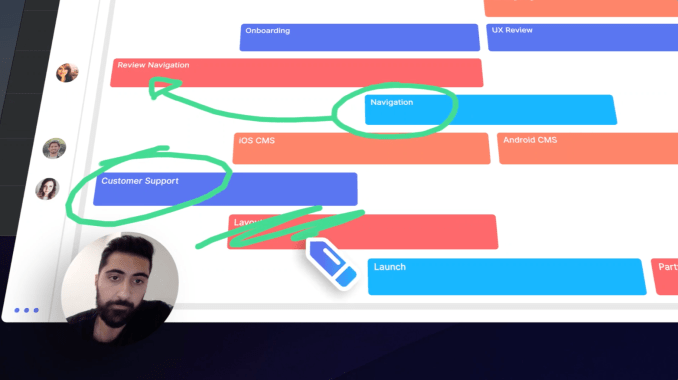 Now Loom is ready to spin up bigger sales and product teams thanks to an $11 million Series A led by Kleiner Perkins . The firm’s partner Ilya Fushman, formally Dropbox’s head of business and corporate development, will join Loom’s board. He’ll shepherd through today’s launch of its $10 per month per user Pro version that offers HD recording, calls-to-action at the end of videos, clip editing, live annotation drawings, and analytics to see who actually watched like they’re supposed to.

“We’re ditching the suits and ties and bringing our whole selves to work. We’re emailing and messaging like never before. but though we may be more connected, we’re further apart” Khan tells me. “We want to make it very easy to bring the humanity back in.” 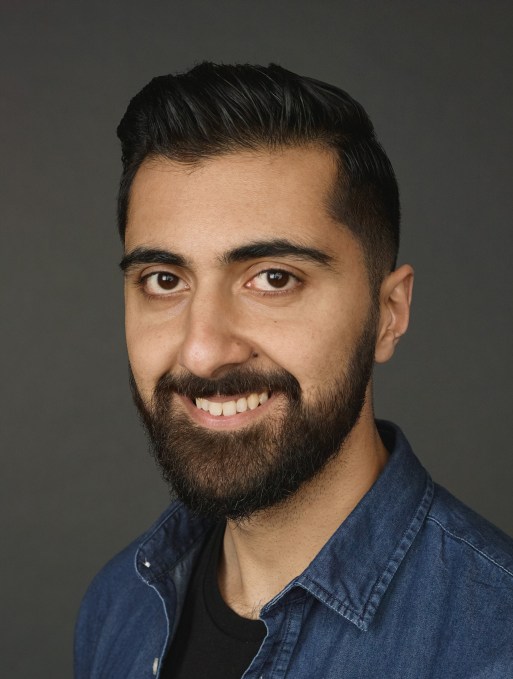 Back in 2016, Loom was just trying to survive. Khan had worked at Upfront Ventures after a stint as a product designer at website builder Weebly. Him and two close friends, Joe Thomas and Vinay Hiremath, started Opentest to let app makers get usabilty feedback from experts via video. But after six months and going through the NFX accelerator, they were running out of bootstrapped money. That’s when they realized it was the video messaging that could be a business as teams sought to keep in touch with members working from home or remotely.

Together they launched Loom in mid-2016, raising a pre-seed and seed round amounting to $4 million. Part of its secret sauce is that Loom immediately starts uploading bytes of your video while you’re still recording so it’s ready to send the moment you’re finished. That makes sharing your face, voice and screen feel as seamless as firing off a Slack message, but with more emotion and nuance.

Loom has grown to a 16-person team that will expand thanks to the new $11 million Series A from Kleiner, Slack, Cue founder Daniel Gross, and actor Jared Leto that brings it to $15 million in funding. They predict the new desktop apps that open Loom to a larger market will see it spread from team to team for both internal collaboration and external discussions from focus groups to customer service.

Loom will have to hope that after becoming popular at a company, managers will pay for the Pro version that shows exactly how long each viewer watched for. That could clue them in that they need to be more concise, or that someone is cutting corners on training and cooperation. It’s also a great way to onboard new employees. “Just watch this collection of videos and let us know what you don’t understand.” 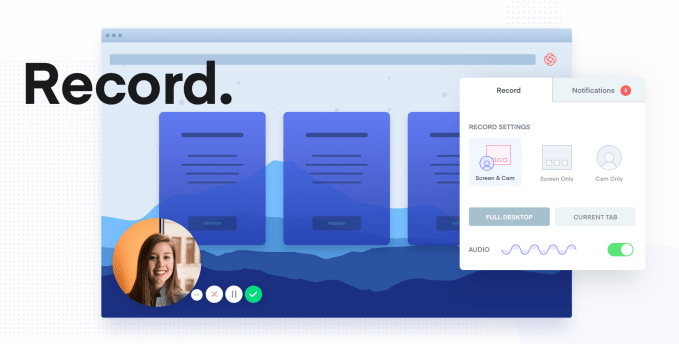 Next Loom will have to figure out a mobile strategy — something it surprisingly lacks. Khan imagines users being able to record quick clips from their phone to relay updates from travel and client meetings. It also plans to build out voice transcription to add automatic subtitles to videos and even divide videos into thematic sections you can fast-forward between. Loom will have to stay ahead of competitors like Vidyard’s GoVideo and Wistia’s Soapbox that have cropped up since its launch. But Khan says Loom looms largest in the space thanks to customers at Uber, Dropbox, Airbnb, Red Bull, and 1100 employees at Hubspot.

“The overall space of collaboration tools is becoming deeper than just email + docs” says Fushman, citing Slack, Zoom, Dropbox Paper, Coda, Notion, Intercom, Productboard, and Figma. To get things done the fastest, businesses are cobbling together B2B software so they can skip building it in-house and focus on their own product.

No piece of enterprise software has to solve everything. But Loom is dependent on apps like Slack, Google Docs, Convo, and Asana. Since it lacks a social or identity layer, you’ll need to send the links to your videos through another service. Loom should really build its own video messaging system into its desktop app. But at least Slack is an investor, and Khan says “they’re trying to be the hub of text-based in communication” and the soon-to-be-public unicorn tells him anything it does in video will focus on real-time interaction.

Still the biggest threat to Loom is apathy. People already feel overwhelmed with Slack and email, and if recording videos comes off as more of a chore than an efficiency, workers will stick to text. But Khan thinks the ubiquity of Instagram Stories is making it seem natural to jump on camera briefly. And the advantage is that you don’t need a bunch of time-wasting pleasantries to ensure no one misinterprets your message as sarcastic or pissed off.