Fivetran, the data connectivity startup, had a big day today. For starters it announced a $565 million investment on $5.6 billion valuation, but it didn’t stop there. It also announced its second acquisition this year, snagging HVR, a data integration competitor that had raised over $50M, for $700 million in cash and stock.

The company last raised a $100 million Series C on a $1.2 billion valuation, increasing the valuation by over 5x. As with that Series C, Andreessen Horowitz was back leading the round with participation from other double dippers General Catalyst, CEAS Investments, Matrix Partners and other unnamed firms or individuals. New investors ICONIQ Capital, D1 Capital Partners and YC Continuity also came along for the ride. The company reports it has now raised $730 million.

The HVR acquisition represents a hefty investment for the startup, grabbing a company for a price that is almost equal to all the money it has raised to date, but it provides a way to expand its market quickly by buying a competitor. Earlier this year Fivetran acquired Teleport Data as it continues to add functionality and customers via acquisition.

“The acquisition — a cash and stock deal valued at $700 million — strengthens Fivetran’s market position as one of the data integration leaders for all industries and all customer types,” the company said in a statement.

While that may smack of corporate marketing speak, there is some truth to it, as pulling data from multiple sources, sometimes in siloed legacy systems is a huge challenge for companies and both Fivetran and HVR have developed tools to provide the pipes to connect various data sources and put it to work across a business.

Data is central to a number of modern enterprise practices including customer experience management, which takes advantage of customer data to deliver customized experiences based on what you know about them, and data is the main fuel for machine learning models, which use it to understand and learn how a process works. Fivetran and HVR provide the nuts and bolts infrastructure to move the data around to where it’s needed, connecting to various applications like Salesforce, Box or Airtable, databases like Postgres SQL or data repositories like Snowflake or Databricks.

Whether bigger is better remains to be seen, but Fivetran is betting that it will be in this case as it makes its way along the startup journey. The transaction has been approved by both company’s boards. The deal is still subject to standard regulatory approval, but Fivetran is expecting it to close in October

AI and data analytics company Databricks today announced the launch of SQL Analytics, a new service that makes it easier for data analysts to run their standard SQL queries directly on data lakes. And with that, enterprises can now easily connect their business intelligence tools like Tableau and Microsoft’s Power BI to these data repositories as well.

SQL Analytics will be available in public preview on November 18.

In many ways, SQL Analytics is the product Databricks has long been looking to build and that brings its concept of a ‘lake house’ to life. It combines the performance of a data warehouse, where you store data after it has already been transformed and cleaned, with a data lake, where you store all of your data in its raw form. The data in the data lake, a concept that Databrick’s co-founder and CEO Ali Ghodsi has long championed, is typically only transformed when it gets used. That makes data lakes cheaper, but also a bit harder to handle for users.

“We’ve been saying Unified Data Analytics, which means unify the data with the analytics. So data processing and analytics, those two should be merged. But no one picked that up,” Ghodsi told me. But ‘lake house’ caught on as a term.

“Databricks has always offered data science, machine learning. We’ve talked about that for years. And with Spark, we provide the data processing capability. You can do [extract, transform, load]. That has always been possible. SQL Analytics enables you to now do the data warehousing workloads directly, and concretely, the business intelligence and reporting workloads, directly on the data lake.”

The general idea here is that with just one copy of the data, you can enable both traditional data analyst use cases (think BI) and the data science workloads (think AI) Databricks was already known for. Ideally, that makes both use cases cheaper and simpler.

The service sits on top of an optimized version of Databricks’ open-source Delta Lake storage layer to enable the service to quickly complete queries. In addition, Delta Lake also provides auto-scaling endpoints to keep the query latency consistent, even under high loads.

While data analysts can query these data sets directly, using standard SQL, the company also built a set of connectors to BI tools. Its BI partners include Tableau, Qlik, Looker and Thoughtspot, as well as ingest partners like Fivetran, Fishtown Analytics, Talend and Matillion. 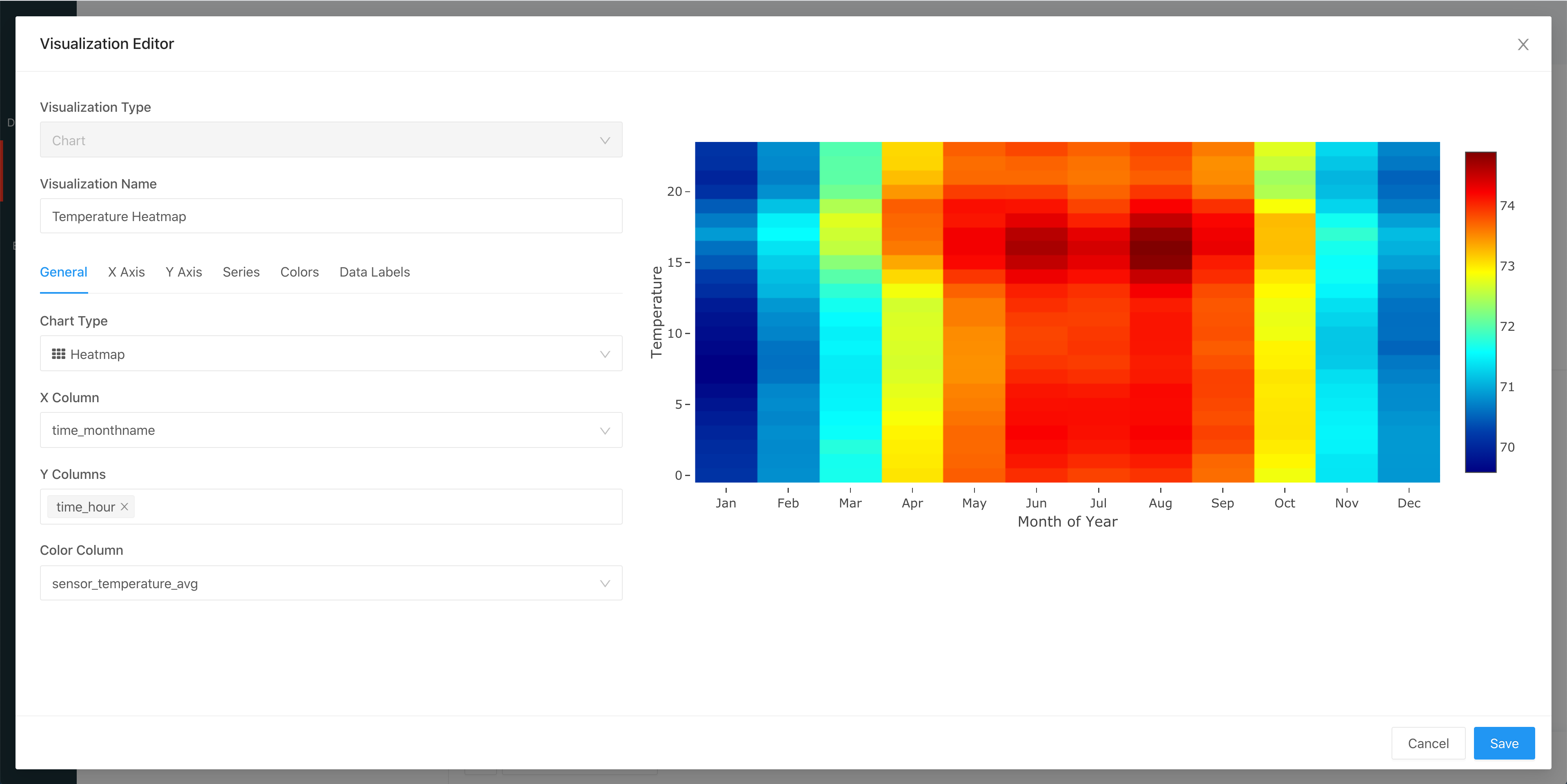 “Now more than ever, organizations need a data strategy that enables speed and agility to be adaptable,” said Francois Ajenstat, Chief Product Officer at Tableau. “As organizations are rapidly moving their data to the cloud, we’re seeing growing interest in doing analytics on the data lake. The introduction of SQL Analytics delivers an entirely new experience for customers to tap into insights from massive volumes of data with the performance, reliability and scale they need.”

In a demo, Ghodsi showed me what the new SQL Analytics workspace looks like. It’s essentially a stripped-down version of the standard code-heavy experience that Databricks users are familiar with. Unsurprisingly, SQL Analytics provides a more graphical experience that focuses more on visualizations and not Python code.

While there are already some data analysts on the Databricks platform, this obviously opens up a large new market for the company — something that would surely bolster its plans for an IPO next year.

Fivetran, a startup that helps companies move data from disparate repositories to data warehouses, announced $44 million Series B financing today, less than a year after collecting a $15 million Series A round.

Andreessen Horowitz (A16Z) led the round with participation from existing investors Matrix Partners and CEAS Investments. As part of the deal, Martin Casado from A16Z will join the Fivetran board. Today’s investment brings the total raised to over $59 million, according to Crunchbase.

Company co-founder and CEO George Fraser said they raised a little sooner than expected, but they needed a cash infusion to keep up with the steady growth they have been seeing. He said the company also wanted to get the funding done while the capital markets were still strong. “If we wait four months or six months, the terms are not going to be that much better — and, who knows, there could be a recession. You never know how long the sun shines, and we had interest from some really good firms that we liked, and that’s a big factor too obviously.” he said.

He added that it’s not purely an economic decision. “We’re really happy with where we landed with Martin [Casado] joining the board and Andreessen Horowitz on the cap table, but [the economic outlook] was definitely part of our calculus.”

And Casado is happy to have invested in Fivetran. Writing in a blog post today about the investment, he sees a company that’s solving a big problem in a modern context. “Fivetran is a SaaS service that connects to the critical data sources in an organization, pulls and processes all the data, and then dumps it into a warehouse (e.g., Snowflake, BigQuery or RedShift) for SQL access and further transformations, if needed. If data is the new oil, then Fivetran is the pipes that get it from the source to the refinery,” he wrote.

He said that the company already has over 750 customers and A16Z is included among them. It certainly doesn’t hurt when your lead investor uses your product.

The company was founded in 2012 and has been growing steadily. Last year it 80 employees at the time of its Series A and today it has 175. Fraser expects that to double again over the next year, and it’s all driven by business needs. He says that over the last 12 months revenue has grown 3x.

With 150 connectors today, the company wants to continue to expand its array of data connection tools and cover more data requirements. But he says the connectors are complicated and that will take an investment in more engineering talent. Today’s announcement should help in that regard.

Fivetran helps move data from source repositories like Salesforce and NetSuite to data warehouses like Snowflake or analytics tools like Looker. Company CEO and co-founder George Frasier says that the automation is the key differentiator here between his company and competitors like Informatica and SnapLogic.

“What makes Fivetran different is that it’s an automated data pipeline to basically connect all your sources. You can access your data warehouse, and all of the data just appears and gets kept updated automatically,” Frasier explained. While he acknowledges that there is a great deal of complexity behind the scenes to drive that automation, he stresses that his company is hiding that complexity from the customer.

The company launched out Y Combinator in 2012, and other than $4 million in seed funding along the way, it has relied solely on revenue up until now. That’s a rather refreshing approach to running an enterprise startup, which typically requires piles of cash to build out sales and marketing organizations to compete with the big guys they are trying to unseat.

One of the key reasons that they’ve been able to take this approach has been the company’s partner strategy. Having the ability to get data into another company’s solution with a minimum of fuss and expense has attracted data-hungry applications. In addition to the previously mentioned Snowflake and Looker, the company counts Google BigQuery, Microsoft Azure, Amazon Redshift, Tableau, Periscope Data, Salesforce, NetSuite and PostgreSQL as partners.

Ilya Sukhar, general partner at Matrix Partners, who will be joining the Fivetran board under the terms of deal sees a lot of potential here. “We’ve gone from companies talking about the move to the cloud to preparing to execute their plans, and the most sophisticated are making Fivetran, along with cloud data warehouses and modern analysis tools, the backbone of their analytical infrastructure,” Sukhar said in a statement.

They currently have 100 employees spread out across four offices in Oakland, Denver, Bangalore and Dublin. They boast 500 customers using their product including Square, WeWork, Vice Media and Lime Scooters, among others.