Microsoft is hosting its Ignite conference in Orlando, Florida this week. And although Ignite isn’t the household name that Microsoft’s Build conference has become over the course of the last few years, it’s a massive event with over 30,000 attendees and plenty of news. Indeed, there was so much news this year that Microsoft provided the press with a 27-page booklet with all of it.

We wrote about quite a few of these today, but here are the most important announcements, including one that wasn’t in Microsoft’s booklet but was featured prominently on stage.

1. Microsoft, SAP and Adobe take on Salesforce with their new Open Data Initiative for customer data

What was announced: Microsoft is teaming up with Adobe and SAP to create a single model for representing customer data that businesses will be able to move between systems.

Why it matters: Moving customer data between different enterprise systems is hard, especially because there isn’t a standardized way to represent this information. Microsoft, Adobe and SAP say they want to make it easier for this data to flow between systems. But it’s also a shot across the bow of Salesforce, the leader in the CRM space. It also represents a chance for these three companies to enable new tools that can extract value from this data — and Microsoft obviously hopes that these businesses will choose its Azure platform for analyzing the data. 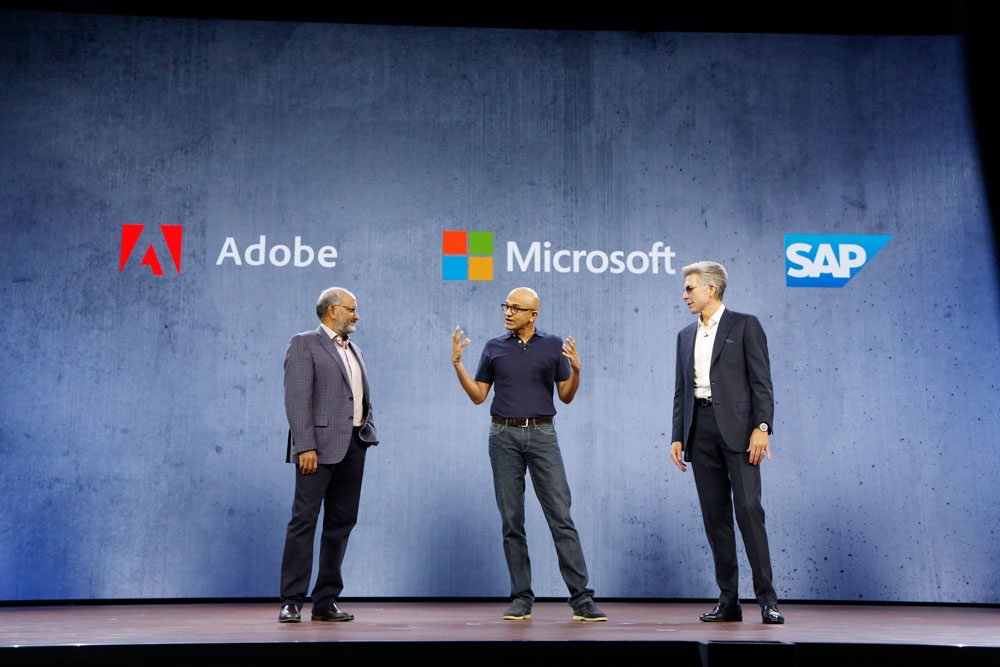 2. Microsoft wants to do away with more passwords

What was announced: Businesses that use Microsoft Azure Active Directory (AD) will now be able to use the Microsoft Authenticator app on iOS and Android in place of a password to log into their business applications.

Why it matters: Passwords are annoying and they aren’t very secure. Many enterprises are starting to push their employees to use a second factor to authenticate. With this, Microsoft now replaces the password/second factor combination with a single tap on your phone — ideally without compromising security.

Why it matters: Until now, virtual Windows 10 desktops were the domain of third-party service providers. Now, Microsoft itself will offer these desktops. The company argues that this is the first time you can get a multiuser virtualized Windows 10 desktop in the cloud. As employees become more mobile and don’t necessarily always work from the same desktop or laptop, this virtualized solution will allow organizations to offer them a full Windows 10 desktop in the cloud, with all the Office apps they know, without the cost of having to provision and manage a physical machine. 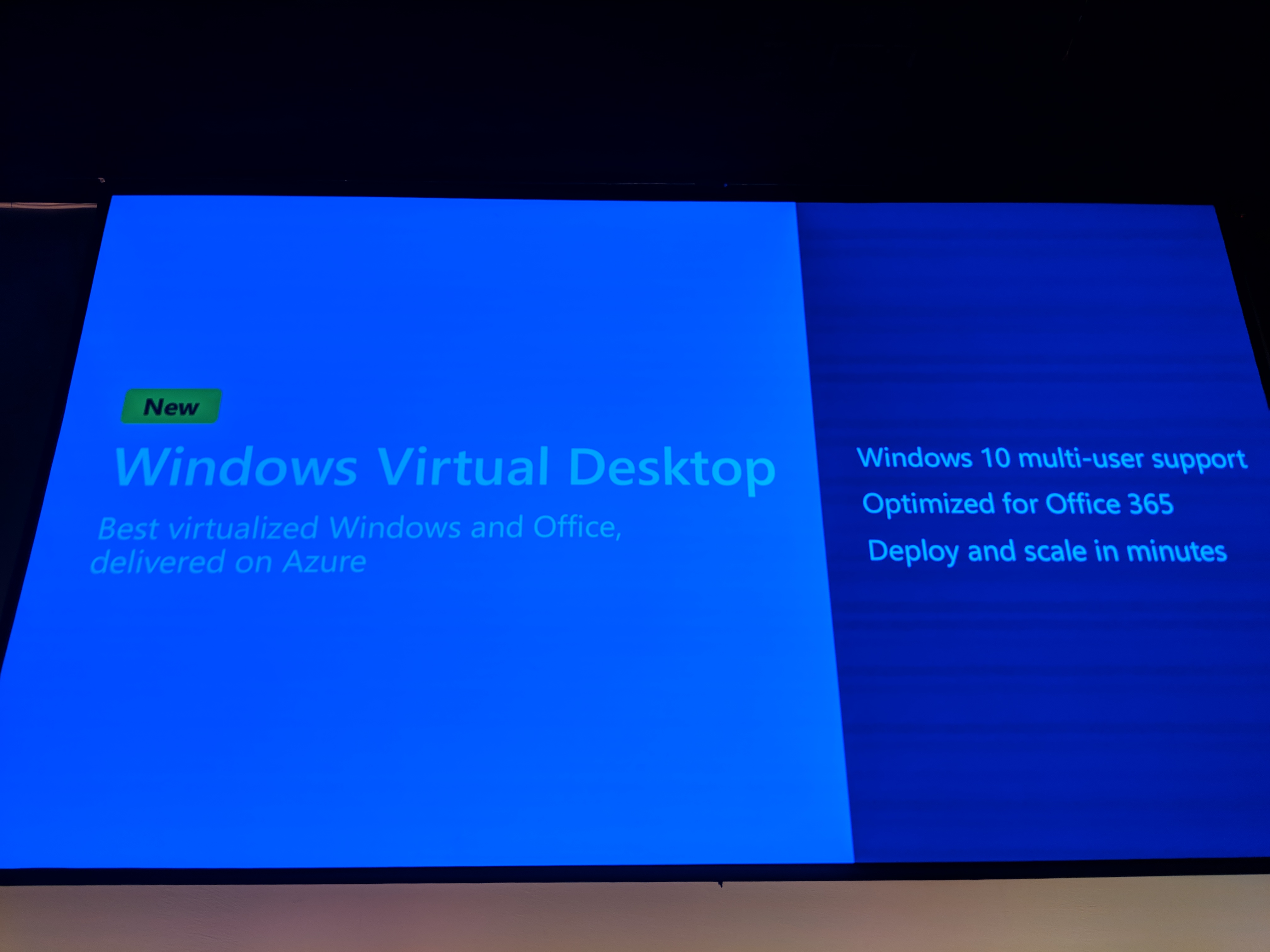 What was announced: Microsoft is adding a number of new AI tools to its Office productivity suite. Those include Ideas, which aims to take some of the hassle out of using these tools. Ideas may suggest a layout for your PowerPoint presentation or help you find interesting data in your spreadsheets, for example. Excel is also getting a couple of new tools for pulling in rich data from third-party sources. Microsoft is also building a new unified search tool for finding data across an organization’s network.

Why it matters: Microsoft Office remains the most widely used suite of productivity applications. That makes it the ideal surface for highlighting Microsoft’s AI chops, and anything that can improve employee productivity will surely drive a lot of value to businesses. If that means sitting through fewer badly designed PowerPoint slides, then this whole AI thing will have been worth it. 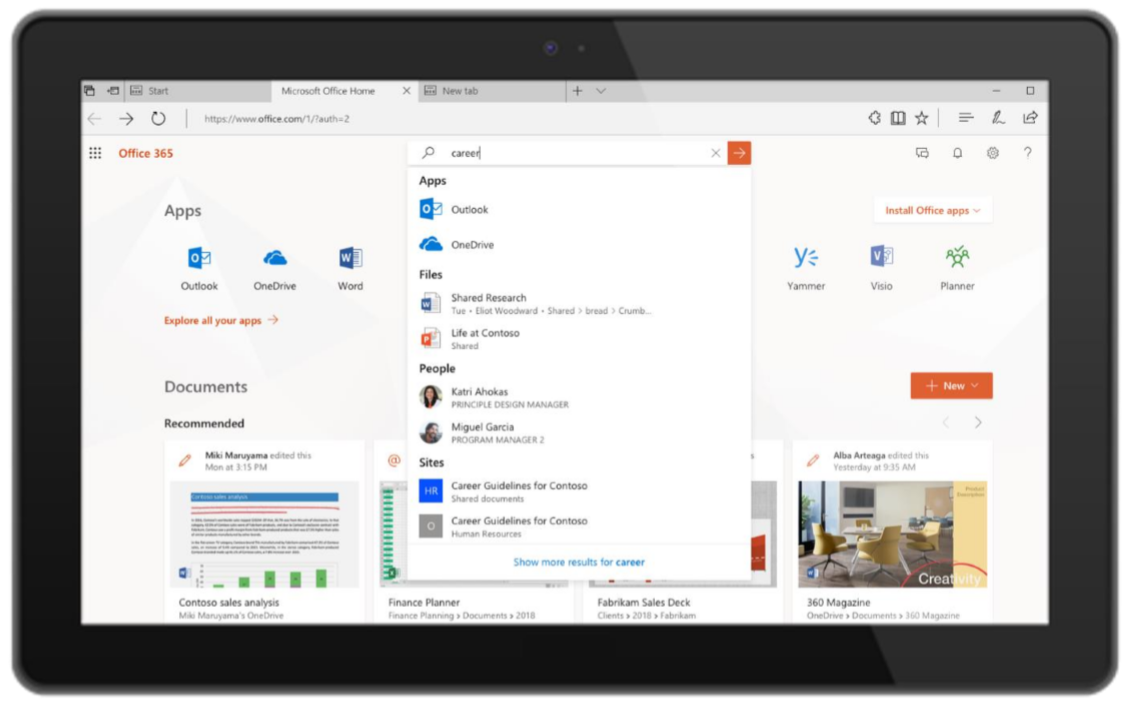 Why it matters: We’re talking about a 50-inch touchscreen display here. You probably won’t buy one, but you’ll want one. It’s a disappointment to hear that the Surface Hub 2 won’t launch into next year and that some of the advanced features most users are waiting for won’t arrive until the refresh in 2020. 6. Microsoft Teams gets bokeh and meeting recordings with transcripts

What was announced: Microsoft Teams, its Slack competitor, can now blur the background when you are in a video meeting and it’ll automatically create transcripts of your meetings.

Why it matters: Teams has emerged as a competent Slack competitor that’s quite popular with companies that are already betting on Microsoft’s productivity tools. Microsoft is now bringing many of its machine learning smarts to Teams to offer features that most of its competitors can’t match. 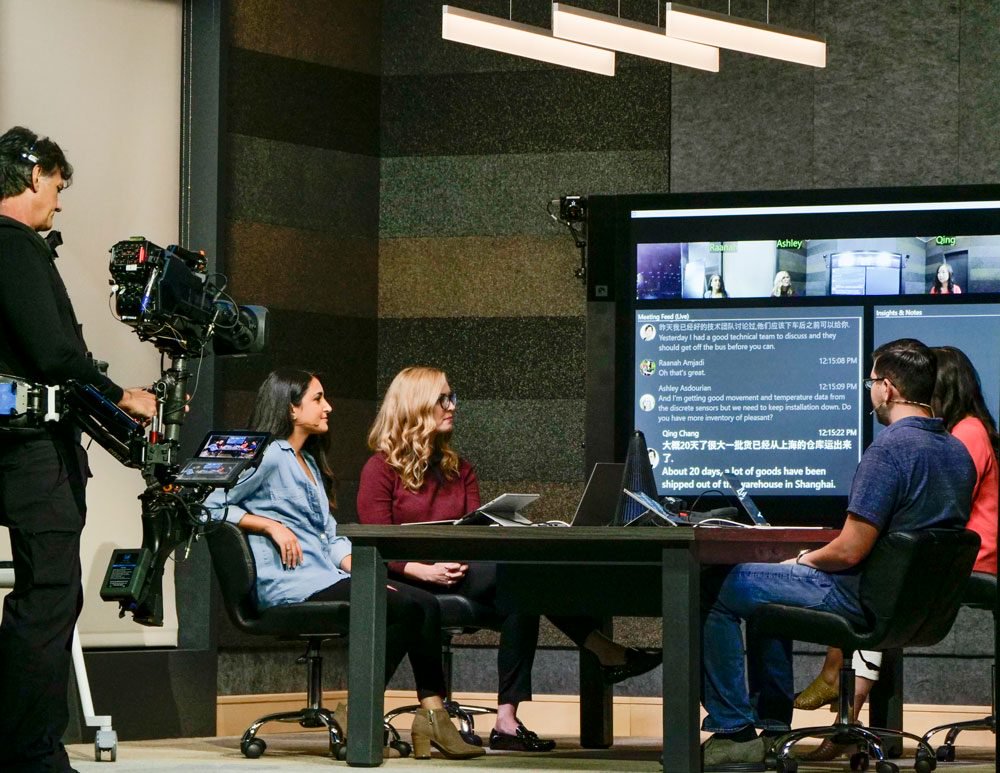 What was announced: Azure Digital Twins allows enterprises to model their real-world IoT deployments in the cloud.

Why it matters: IoT presents a massive new market for cloud services like Azure. Many businesses were already building their own version of Digital Twins on top of Azure, but those homegrown solutions didn’t always scale. Now, Microsoft is offering this capability out of the box, and for many businesses, this may just be the killer feature that will make them decide on standardizing their IoT workloads on Azure. And as they use Azure Digital Twins, they’ll also want to use the rest of Azure’s many IoT tools. 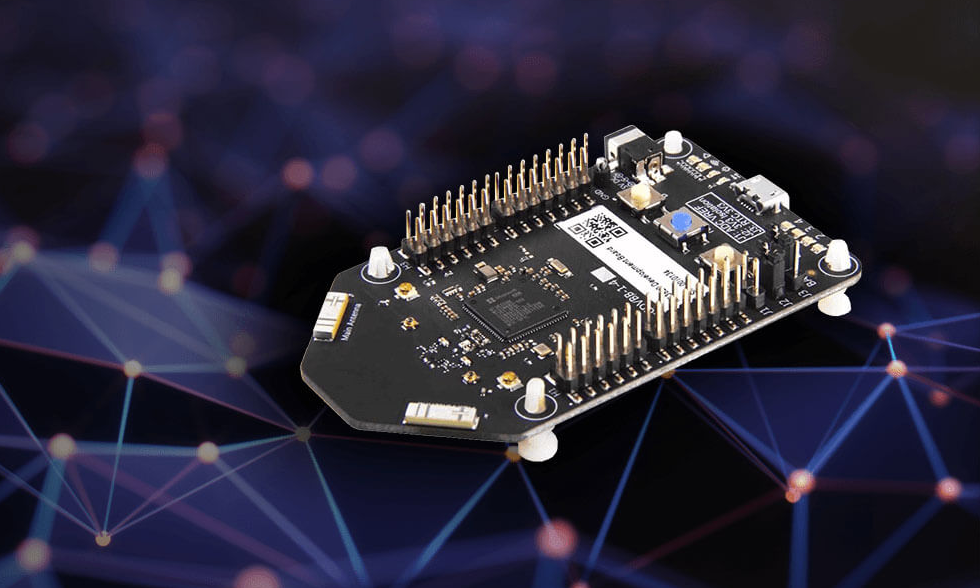