VMware is hosting its VMworld customer conference in Las Vegas this week, and to get things going it announced that its acquiring Boston-based CloudHealth Technologies. They did not disclose the terms of the deal, but Reuters is reporting the price is $500 million.

Although AWS leads the cloud market by a large margin, it is a vast and growing market and most companies are not putting their eggs in a single vendor basket. Instead, they are looking at best of breed options for different cloud services.

This multi-cloud approach is great for customers in that they are not tied down to any single provider, but it does create a management headache as a consequence. CloudHealth gives multi-cloud users a way to manage their environment from a single tool. 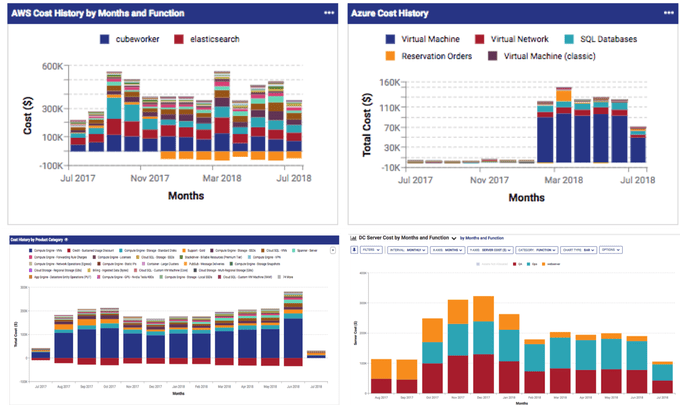 VMware’s chief operating officer for products and cloud services, Raghu Raghuram, says CloudHealth solves the multi-cloud operational dilemma. “With the addition of CloudHealth Technologies we are delivering a consistent and actionable view into cost and resource management, security and performance for applications across multiple clouds,” Raghuram said in a statement.

CloudHealth began offering support for Google Cloud Platform just last month. CTO Joe Kinsella told TechCrunch why they had decided to expand their platform to include GCP support: “I think a lot of the initiatives that have been driven since Diane Greene joined Google [at the end of 2015] and began really driving towards the enterprise are bearing fruit. And as a result, we’re starting to see a really substantial uptick in interest.”

It also gave them a complete solution for managing across the three of the biggest cloud vendors. That last piece very likely made them an even more attractive target for a company like VMware, who apparently was looking for a solution to buy that would help customers manage across a hybrid and multi-cloud environment.

The company had been planning future expansion to manage not just the public cloud, but also private clouds and data centers from one place, a strategy that should fit well with what VMware has been trying to do in recent years to help companies manage a hybrid environment, regardless of where their virtual machines live.

With CloudHealth, VMware not only gets the multi-cloud management solution, it gains its 3000 customers which include Yelp, Dow Jones, Zendesk and Pinterest.

CloudHealth was founded in 2012 and has raised over $87 million. Its most recent round was a $46 million Series D in June 2017 led by Kleiner Perkins. Other lead investors across earlier rounds have included Sapphire Ventures, Scale Venture Partners and .406 Ventures.