Startups building work software for other startups have been a huge focus of investment in Silicon Valley as eager VCs hope to grab a piece of the next Slack. Notion Labs, a profitable work tools startup that recently hit a reported $800 million valuation, isn’t making it easy for VC firms to give them money, but they are partnering with some of them alongside top accelerators like Y Combinator in an effort to become another household name in work software.

Notion has north of 1 million users and has attracted thousands of young startups to its platform, which combines notes, wikis and databases into a versatile tool that can help small teams cut down on the number of enterprise software subscriptions they’re paying for. Notion charges startups $8 per employee (when billed annually) to use the service.

Over half of the startups from Y Combinator’s most recent batch are Notion customers, the company tells TechCrunch, and the startup seems intent to accelerate their adoption among small teams. They have approached and partnered with dozens of accelerators around the globe including Y Combinator, 500 Startups and TechStars to bring their portfolio startups onto Notion’s platform, offering admitted startups $1,000 in free services each.

The new program is part of the company’s efforts to embed their platform as an “operating system” for startups early-on and then scale as their customers do.

“I think we find ourselves in a really interesting spot where I think YC startups know about us and start with it,” COO Akshay Kothari says. “Our goal with the new program is getting to the point where if you’re a new company, you don’t even think about it, you just start with Notion.” 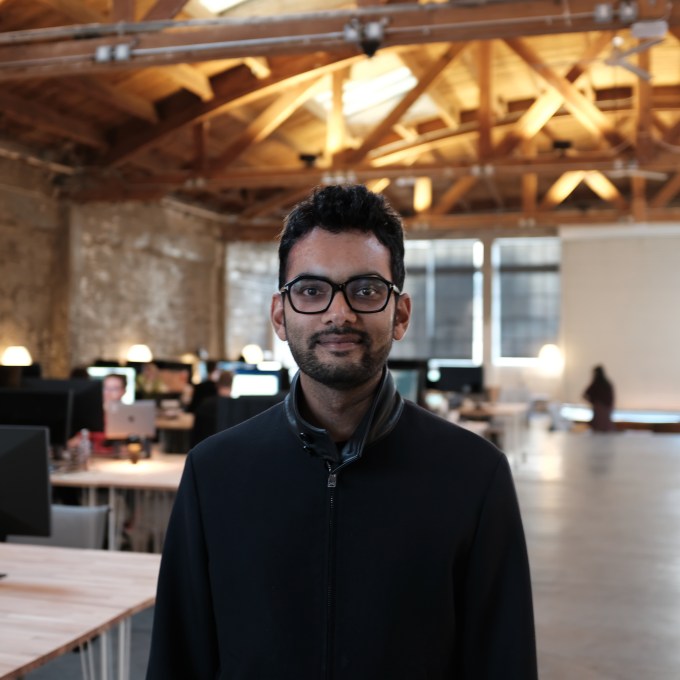 Kothari says their platform seems to work best for startups in the sub-50 and sub-100 employee range, but they do have larger customers like UK banking startup Monzo which has organized their 1,300+ employees around the platform. Notion itself is unsurprisingly a power user of its product, running everything but internal and external communications on its own software.

The company offers a couple pricing tiers depending on size, but individuals can also use the software for $5 per month, something that Kothari believes offers it advantages over other tools in driving adoption inside companies. “There are a lot of similarities between us and the early stages of Slack in terms of engineering and product design people loving it, tech and media loving it, but one unique thing about us is that you can use Notion alone. Slack alone would be a bit lonely.”

The company is pitching customers a vision of consolidated workplace services that are built so end-users can customize them to their needs. Notion’s pitch contrasts pretty heavily with the overarching enterprise SaaS trends which has seen a wealth of specialized software tools hitting the market.

Notion is working on tools to help it court larger enterprise customers as well, including offline access, better permission systems and an API that can help developers connect their services to the platform. Notion has been iterating its product rather quickly for a company that has 9 engineers and no PMs, but Kothari says that they don’t believe piling more money or doubling employees is going to be the key to scaling more quickly.

“We definitely want to create a large company, a company that could eventually go public or whatever is the right — you know it’s too early for a lot of that stuff. Our preference is to stay small,” he says. “[Notion] doesn’t have a board, it doesn’t have a whole lot of external voices, pretty much everyone in this office decides what we’re doing next.”

Notion has raised millions in funding from investors like First Round Capital, Ron and Ronny Conway, Elad Gill and most recently Daniel Gross. The Information‘s Amir Efrati reported earlier this year that Notion had raised a $10 million “angel round” at an $800 million valuation. The round was less about raising more cash than it was about closing convertible notes, Korthari tells TechCrunch, noting that Notion has been profitable for the last 12-18 months.

“I guess we were profitable before profitability became cool. I think profitability helps you to control destiny a lot better because you’re not out fundraising every year or 18 months,” Kothari says. “Interestingly now, I think it’s cool to be profitable again. When I joined Notion I would tell VCs or investors ‘Oh, we’re profitable,’ and they would be like ‘Oh, so you’re building a lifestyle company.’”

Kothari himself was an investor that dumped money into Notion founders Ivan Zhao and Simon Last’s idea to create a platform that would help non-engineers build software. That was 6 years ago after Kothari sold his previous startup to LinkedIn, he joined about a year ago as COO.

Some VCs may have been skeptical early-on, but the story of Notion over the past year has been VCs fighting to score a spot on their cap table. In January, The New York Times‘s Erin Griffith reported that VCs had “dug up Notion’s office address and sent its founders cookie dough, dog treats and physical letters” to court their interest. The unrequited VC yearning has earned Notion the reputation for being venture averse, something Kothari pushed back on a few times.

“So, again, for the record, we don’t hate venture capitalists.”