Yubico, the company behind the popular Yubikey security keys, today announced the launch of its 5 Series keys. The company argues that these new keys, which start at $45, are the first multi-protocol securities keys that supports the FIDO2 standard. With this, Yubico argues, the company will be able to replace password-based authentication, which is often a hassle and unsecure, with stronger hardware-based authentication. 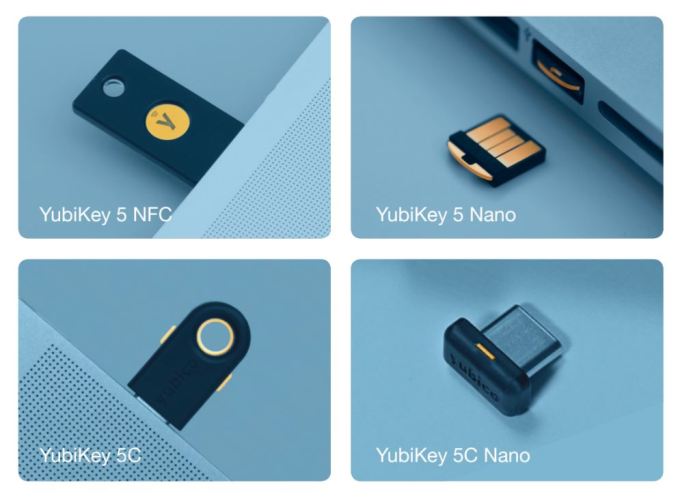 “Innovation is core to all we do, from the launch of the original YubiKey ten years ago, to the concept of one authentication device across multiple services, and today as we are accelerating into the passwordless era,” said Stina Ehrensvard, the CEO and founder of Yubico in today’s announcement. “The YubiKey 5 Series can deliver single-factor, two-factor, or multi-factor secure login, supporting many different uses cases on different platforms for different verticals with a variety of authentication scenarios.”

The company made the announcement ahead of Microsoft’s Ignite conference this week, where Microsoft, too, is expect to make a number of security announcements around the future of passwords.

“Passwordless login brings a monumental change to how business users and consumers will securely log in to applications and services,” said Alex Simons, the corporate vice president of Microsoft’s Identity Division. “With FIDO2, Microsoft is working to remove the dependency on password-based logins, with support from devices like the YubiKey 5.”

For the most part, the new keys looks very much like the existing ones, but new to the series is the YubiKey 5 NFC, which combines supports all of the major security protocols over both USB and NFC — and the addition of NFC makes it a better option for those who want to use the same key on they desktops, laptops and mobile phones or tablets.

The new keys will come in all of the standard Yubico form factors, including the large USB-A key with NFC support, as well as smaller versions and those for USB-C devices.

In its press release, Yubico stresses that its keys are manufactured and programmed in the USA and Sweden. The fact that it’s saying that is no accident, given that Google recently launched its own take on security keys (after years of recommending Yubikeys). Google’s keys, however, are being built by a Chinese company and while Google is building its own firmware for them, there are plenty of sceptics out there who aren’t exactly waiting for a key that was manufactured in China.