Zuroa’s founder and CEO Tien Tzuo had a vision of a subscription economy long before most people ever considered the notion. He knew that for companies to succeed with subscriptions, they needed a bookkeeping system that understood how they collected and reported money. The company went public yesterday, another clear sign post on the road to SaaS maturation.

Tzuo was an early employee at Salesforce and their first CMO. He worked there in the early days in the late 90s when Salesforce’s Marc Benioff famously rented an apartment to launch the company. Tzuo was at Salesforce 9 years, and it helped him understand the nature of subscription-based businesses like Salesforce.

“We created a great environment for building, marketing and delivering software. We rewrote the rules, the way it was built, marketed and sold,” Tzuo told me in an interview in 2016.

He saw a fundamental problem with traditional accounting methods, which were designed for selling a widget and declaring the revenue. A subscription was an entirely different model and it required a new way to track revenue and communicate with customers. Tzuo took the long view when he started his company in early 2007, leaving a secure job at a growing company like Salesforce.

He did it because he had the vision, long before anyone else, that SaaS companies would require a subscription bookkeeping system, but before long, so would other unrelated businesses.

As he put it in that 2016 interview, if you commit to pay me $1 for 10 years, you know that $1 was coming in come hell or high water, that’s $10 I know I’m getting, but I can’t declare the money until I get it. That recurring revenue still has value though because my investors know that I’m secure for 10 years, even though it’s not on the books yet. That’s where Zuora came in. It could account for that recurring revenue when nobody else could. What’s more, it could track the billing over time, and send out reminders, help the companies stay engaged with their customers. 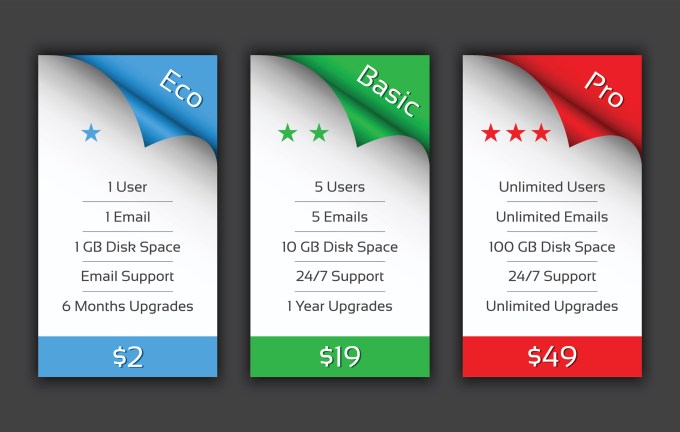 As Ray Wang, founder and principal analyst at Constellation Research put it, they pioneered the whole idea of a subscription economy, and not just for SaaS companies. Over the last several years, we’ve heard companies talking about selling services and SLAs (service/uptime agreements) instead of a one-time sale of an item, but not that long ago it wasn’t something a lot of companies were thinking about.

“They pioneered how companies can think about monetization,” Wang said. “So large companies like a GE could go from selling a wind turbine one time to selling a subscription to deliver a certain number of Kw/hr of green energy at peak hours from 1 to 5 pm with 98 percent uptime.” There wasn’t any way to do this before Zuora came along.

Jason Lemkin, founder at SaaStr, a firm that invests in SaaS startups, says Tzuo was a genuine visionary and helped create the underlying system for SaaS subscriptions to work. “The most interesting part of Zuora is that it is a “second” order SaaS play. It could only thrive once SaaS became mainstream, and could only scale on top of other recurring revenue businesses. Zuora started off as a niche player helping SaaS companies do billing, and it dramatically expanded and thrived as SaaS became … Software.”

Market catches up with idea

When he launched the company in 2007, perhaps he saw that extension of his idea out on the distant horizon. He certainly saw companies like Salesforce needing a service like the one he had decided to create. The early investors must have recognized that his vision was early and it would take a slow, steady climb on the way to exiting. It took 11 years and $242 million in venture capital before they saw the payoff. The revenue after 11 years was a reported $167 million. There is plenty of room to grow. 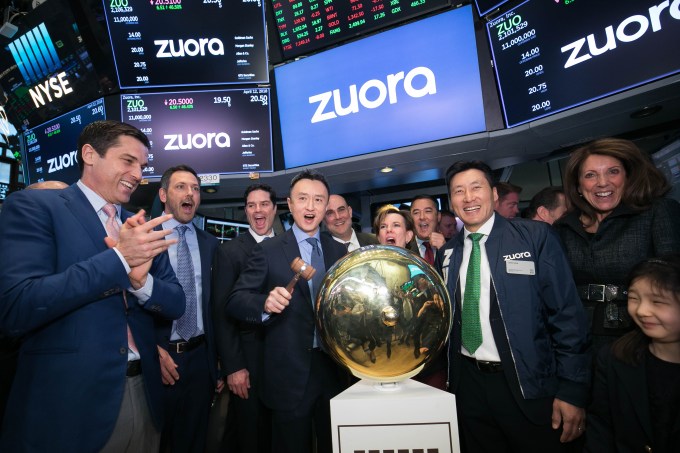 But yesterday the company had its initial public offering, and it was by any measure a huge success. According TechCrunch’s Katie Roof, “After pricing its IPO at $14 and raising $154 million, the company closed at $20, valuing the company around $2 billion.” Today it was up a bit more as of this writing.

When you consider the Tzuo’s former company has become a $10 billion company, that companies like Box, Zendesk, Workday and Dropbox have all gone public, and others like DocuSign and Smartsheets are not far behind, it’s pretty clear that we are in a golden age of SaaS — and chances are it’s only going to get better.